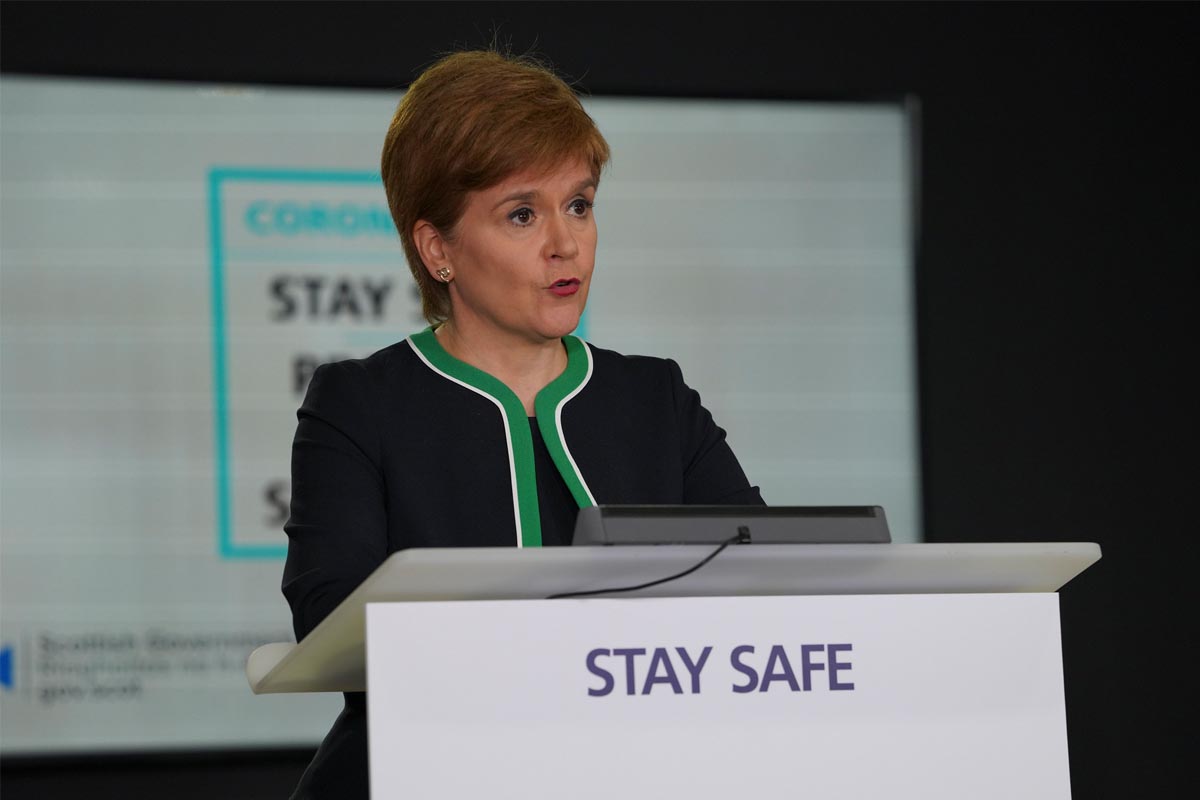 ELEVEN council areas in the central belt will be moved into level four – the highest level of coronavirus restrictions – from Friday (November 20) until at least December 11.

The move means all hospitality businesses in those areas will be forced to close for at least three weeks, although they can provide takeaway services.

Speaking in the Scottish Parliament today first minister Nicola Sturgeon said there were “grounds for continued and significant concern” over coronavirus cases in all eleven council areas.

“In the seven days up to Friday Scotland as a whole had just under 140 cases new cases of COVID per 100,000 people,” said the first minister.

“All of the areas moving up to level four were above that level, ranging from West Lothian with a rate of 158 cases per 100,000 to Glasgow with 277.

“Test positivity for all of these areas with the exception of West Dunbartonshire was also above the average.

“Stirling has experienced a particularly sharp increase in cases over the past week. While some of that can be attributed to specific outbreaks there is also a level of community transmission there that must be tackled. In the other areas infection rates have stabilised or even slightly fallen as a result of level three measures.

”However – and this is the key point of concern – the infection rate in all of these areas remains stubbornly and worryingly high.

“At these levels we simply do not have the assurance we need that hospital and ICU services will be able to cope as we go deeper into the winter. Pressure on hospitals in these areas and on those who work in them is already severe and with the additional pressure that the coming weeks may bring it could easily become intolerable.”

The only areas to move down a level in the Scottish Government’s weekly review of coronavirus restrictions were East Lothian and Midlothian, both of which will move from level three to level two.

In addition to the level update Sturgeon announced that the travel restrictions currently in place as guidance will become law from Friday, meaning it will now be illegal for people in level three or four areas to travel outside their council area “except for certain essential purposes”.

There will also be a new £30 million discretionary fund for local authorities “to provide additional support for businesses where they consider that necessary or justified – for example for businesses in supply chains or to taxi drivers suffering a severe but indirect effect” and £15m in support for people newly self-employed.

Sturgeon said the decisions “will give us the best possible chance – albeit in a limited and careful way – of being able to ease restrictions in all parts of Scotland for Christmas”.

“This is the worst possible news for the licensed hospitality industry and there will be many operators who will now be seriously considering if their businesses have a future at all – that’s how serious the situation is,” said Wilkinson.

And Scottish Tourism Alliance chief executive, Marc Crothall, said moving into level four “will be the final blow for many of Scotland’s tourism and hospitality businesses in these areas which have struggled to survive throughout this pandemic”.

Meanwhile the Scottish Hospitality Group has called for licensing hours for hospitality and off-sales premises to be aligned in level two areas.

“If alcohol was really that much of an issue then off-sales would have been restricted, but instead people are allowed to make spur-of-the-moment purchases to socialise with friends or family at home,” said spokesman Stephen Montgomery.

“Not only do homes lack the safety measures that we have in our businesses, for example the legal trace and protect system, but there’s no visibility of the problem for the government and people are never going to self-report that they’ve been breaking the rules.”