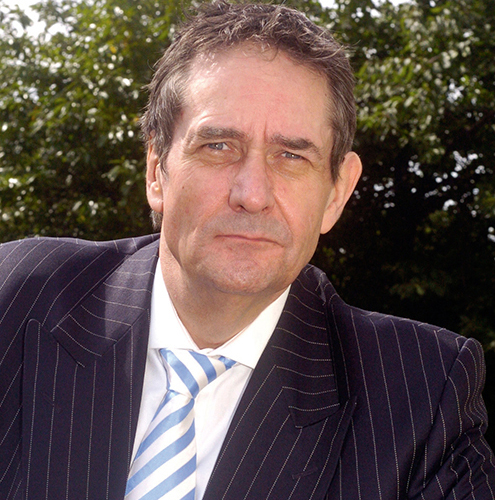 Jack Cummins is one of Scotland’s leading licensing lawyers. Every month he writes on licensing law and answers readers’ questions in SLTN. Do you have a legal question for Jack Cummins?*

Q: I’m considering buying an empty property to convert into a restaurant. However, according to the licensing board’s policy, it’s located in an overprovision area. Do you think that hurdle can be overcome?

A: An overprovision policy creates a “rebuttable presumption” that an application for a new licence will be refused. The burden is on an applicant to demonstrate that their proposal is a justifiable exception to the policy. That’s usually approached by measuring the nature of the application against the licensing objectives, which the policy is designed to support. In the case of ‘off-sales only’ premises that’s usually a daunting task. However, where premises will operate exclusively as a restaurant, with the supply of alcohol ancillary to the consumption of a meal, it’s usually possible to put up a very strong case that there will be no negative impact on the licensing objectives. In fact, there’s a very positive case to be made for encouraging the consumption of alcohol in a controlled environment where that consumption is not an end in itself.

A: There’s absolutely no doubt that licensing legislation doesn’t ban the free supply of alcohol, provided it’s not linked to the purchase of another drink or drinks. However, be aware that in some parts of the country – one in particular – complimentary alcohol is regarded as a “reward”; and offering alcohol as a reward (or prize) is prohibited unless it is supplied for consumption off the premises. In your case, is the wine a “reward” for a booking? I think not but a challenge can’t be ruled out. I suggest you run this past your licensing lawyer who’ll be aware of the local attitude to this type of deal.

Q: My bowling club is considering an honesty bar to cut down staff costs. Do you foresee any licensing problems?

A: That proposal raises a number of issues. For a start, if the club operates on a not-for-profit basis and has a constitution conferring certain benefits (such as a reduced licence fee), no non-members may be supplied with alcohol unless on the premises at the invitation of a member, accompanied by that member and certain details are kept in a visitors’ book. Absent any staff supervision, that procedure may not take place. The lack of supervision also raises the risk that alcohol may be purchased by a person under 18, by a person who has already had too much to drink, consumed outwith licensed hours, or excessive consumption. The bottom line: the licensing system expects alcohol sales to be supervised and in my view an honesty bar carries a number of unacceptable risks.

Q: I’d like to open my pub early at weekends for breakfasts. The starting time is likely to be 9am. My licensed hours commence at 11am, so there would be no alcohol sales. Are there licensing implications?

A: It depends on your operating plan and I’m assuming it makes no provision for any “activities” taking place before core licensed hours. It may seem counter intuitive, but even the sale of food and non-alcoholic beverages before 11am will require to be authorised by the licensing board. This simply involves the addition of extra wording to the operating plan but it will require a major variation application. I suggest that you obtain expert help with this. Your licensing arrangements may benefit from a ‘health check’ and it’s possible that other components could be included in the application, sparing you the necessity of further variation.

Q: My premises manager resigned suddenly and I have no other personal licence holders. In the current employment climate it’s going to be very difficult to find a replacement. What should I do to preserve the licence?

A: There’s an essential first step. Not later than seven days after the employee ceased to work at your premises, you must give notice of that to the licensing board. That’s effectively a holding operation allowing you six weeks to submit a variation application naming a new premises manager. If that application isn’t made, the licensing board must vary the licence so that there’s no longer a nominated premises manager – and that means the sale of alcohol must cease. If you’ve not complied with the seven-day notification requirement, speak to a solicitor without delay.

Q: I’m planning to run a ‘bottomless brunch’ promotion at weekends. What are the licensing implications?

A: The Licensing Act effectively bans this sort of promotion. All premises licences authorising on sales are subject to a mandatory condition prohibiting “the supply of unlimited amounts of alcohol for a fixed charge (including any charge for entry to the premises)”. Breaching the condition is a criminal offence and may well lead to a review of the licence.

Q: The property next to my restaurant is for sale and I’m tempted to buy it as an extension to the business. If I go ahead, would I need to apply for a new licence?

A: This can be handled with a major variation application. In many respects it follows the process required for a new licence, but you won’t need to provide local authority certificates – although it will be necessary to obtain a building warrant and possibly planning consent.

Q: A small convenience shop just down the road from my pub has put an A-board on the pavement outside the premises advertising alcohol deals during Euro 2020. Discounted five-litre mini kegs of beers and lagers are stacked on the floor beside the alcohol shelf displays. Is this sort of promotion allowed?

A: The shop’s premises licence will have a condition restricting “drinks promotions”: that is, any activity which promotes, or seeks to promote, the buying of alcohol sold for off consumption. (There are some exceptions not relevant here.) A promotion mustn’t take place in the “vicinity of the premises”: the area extending to 200 metres from the premises boundary. It follows that you’re describing a clear breach of that condition. Secondly, it’s unlikely that the floor displays are permitted. The premises licence operating plan will set out an off-sales capacity based on the dimensions of the alcohol displays. The position of these displays will be shown on the layout plan. Adding additional capacity without a major variation of the licence simply isn’t an option. Lastly, thinking of the promotional pricing, the lower prices have to be introduced at the start of a period of licensed hours and can’t be changed in the ensuing 72 hours.

Q: I’m the director of a limited company that holds a premises licence for a restaurant. A couple of weeks ago I was convicted of drink-driving. Do I need to notify the licensing board?

A: As a “connected person” for the purpose of the premises licence you’re obliged to notify the board no later than one month after the date of conviction specifying the offence and conviction date. At the same time, the licence must be sent to the board; and if that can’t be done, you should supply written reasons for your failure to produce the licence.