THE coming weeks present a significant opportunity for growing sales of Scotch whisky, according to drinks firms.
Spirits companies say consumers are likely to gravitate towards Scotland’s national drink during the celebratory atmosphere of the next few weeks, and particularly events such as Christmas and Hogmanay.
Operators have been advised to stock up and ensure their whisky range is sufficient and varied enough to cope with an increase in demand. 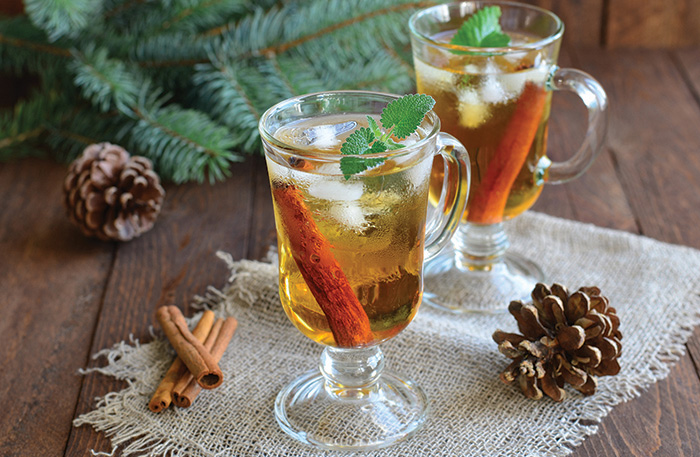 “It does make sense for outlets to stock more whiskies over the festive season because these are busier periods than they otherwise would be,” said Katy Macanna, UK brand manager for Ian Macleod Distillers.
“Many customers will be entering new outlets for the first time so it is important for bars and pubs to stock a range of flavours as well as whisky regions, to appear to the varying range of customer tastes.”
One in three consumers was happy to try a new product or drink over the Christmas period last year, according to William Grant & Sons UK. The firm’s UK 2015 Market Report showed premium spirits are growing at 16.7% in value terms, with additional increases also expected this year.
“We expect premium to play more of a role over the festive and New Year season as consumers splash out and experiment on drinks they perhaps wouldn’t normally order,” said Ian Baines, category manager, William Grant & Sons UK.
“December delivers an additional 569 serves per outlet versus an average month and we expect this year consumers will continue to experiment with premium, unique serves.”
Euan Mitchell, managing director of Isle of Arran Distillery, also stressed the importance of stocking a range of premium products at this time of year.
He suggested introducing rare or alternative whiskies, which allow staff to upsell rarities and demonstrate their whisky knowledge.
“Stocking a few limited edition bottlings, along with older single malts, give staff the opportunity to introduce consumers to higher priced products that are more likely to be considered during the festive period,” said Mitchell.
Staff recommendations are said to be integral to growing whisky sales.
“Get your staff involved,” said Ashley Moore, category development manager at Diageo.
“It will fuel their interest in the drinks you serve and make them really feel part of the business.
“If your staff are inspired about what they’re serving, they will be able to make more engaging recommendations to customers, equalling more profit for your outlet.”
Keith Bonnington, senior brand manager (malts) at Maxxium UK, agreed that staff knowledge and tasting advice can encourage first time customers and increase consumer interest.
He encouraged operators to make use of tasting notes on drinks menus.
“This will also help staff to engage the customer and inform them about the varying flavour profiles,” said Bonnington.
The time-honoured methods of introducing drinkers to whisky, such as providing a ‘malt of the month’ or a ‘festive dram’, are also said to be effective at boosting sales.
But according to Alistair Mutch, UK sales manager at Tomatin, festive events can also reintroduce consumers to whisky or spark a longer term allegiance with the spirit.
“Calendar events or special occasions can be a reason for people to try it again or even to try for the first time – it could be just the dram to start them on their whisky journey,” said Mutch.
Food pairing is seen as a means of introducing consumers to whisky, but pairings with other drinks was also recommended.
“We have seen success by pairing with craft brewers for a ‘half and half pairing’ and other less obvious ways of promoting a whisky could be pairing with a complementary cheese,” said Mutch.
Balblair brand manager, Sarah McNaught, said that food pairing had helped attract a younger ‘foodie’ audience while also demystifying the spirit.
She suggested it was an opportunity to take consumers on a journey of the whisky category with expressions that celebrate its variety and diversity.
“We would recommend a strong whisky range that covers entry level whiskies through to more unique drams,” said McNaught.
“Similarly, a balance between blends and single malts ensure you meet a range of consumer demand.”
It’s not just tradition that attracts new audiences to the whisky category; new flavours and combinations can also yield results.
Linking the serve with the occasion will help to get more consumers on board, reckons Jenny Rogerson, marketing manager at Douglas Laing.
For Hogmanay, Rogerson suggested  an Auld Lang Syne cocktail, featuring Douglas Laing’s Scallywag, orange bitters and Champagne.
The firm has also created a Bloody Mary serve for January first called the Rock Oyster Bloody Joseph, which uses a large measure of Rock Oyster Island Malt topped with spicy tomato juice and Tabasco, garnished with rock salt and a lemon wedge.
Rogerson also advised operators to rename cocktails to capture the drink’s key characteristics.
She said: “Replace the traditional spirits in classic cocktails with a carefully-selected malt whisky. Use one or two words to describe the overriding character of the cocktail on your menu, inviting consumers to try something familiar, yet different, in line with their palate.”
Pubs and bars choosing to introduce a cocktail menu should select a short, well thought-out list with five to eight drinks, covering the bestselling cocktails, according to Moore, at Diageo.
Moore said it’s important cocktail menus are interesting and visually attractive, as well as informative for those less experienced in ordering cocktails.
“Choosing a cocktail can be a little daunting for some consumers, particularly men,” said Moore.
“Adding a small glass icon to show how the drink will be presented will help new consumers into the category make an informed choice around long or short drinks, and those in tall glasses versus Martini glasses.”