Sales of whisky and imported whiskey in the Scottish on-trade are continuing to increase – and producers have credited a new generation of consumers with driving the growth. 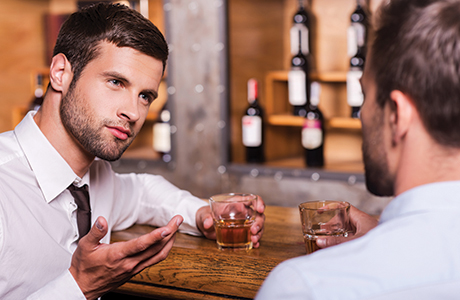 According to figures from CGA Strategy, Scotch is the seventh-biggest category in Scotland’s pubs and bars, with sales topping £113.7 million in the year to the end of May 2015, up from £112m in the previous 12 months; sales of imported whiskey in venues north of the border are also buoyant, up by more than £1.5m in the year to May to £47.79m.

And while imported whiskies are reckoned to be a fairly well-established choice for younger consumers, it seems Scotch whisky is increasing in popularity amongst a new generation.

Malts, in particular, are gaining momentum with younger consumers, according to Phil Keene, on-trade sales director at Whyte & Mackay Ltd, whose portfolio includes eponymous blended Scotch Whyte & Mackay as well as malts like Jura and The Dalmore.

“Growth of the malt whisky category is being driven by younger consumers who are looking for quality products with provenance and heritage, as well as those who have an interest in whisky cocktail drinking,” said Keene.

Initiatives which help consumers better understand the category are key, he said. Using clear and simple language in the taste profile of a whisky can help “break down any pre-existing barriers consumers may think [exist] around the ‘correct’ way to taste” a whisky, said Keene.

“Furthermore, we believe that younger whisky drinkers have a desire for quality products that offer a unique and clear brand style and story,” he added.

“They have an innate desire to make informed decisions about their purchasing habits and, as such, engage with brands and whisky on many levels through peers, influencers and social media. Therefore brands that reach out on these levels are seeing success in converting younger whisky drinkers from imported to malt Scotch whisky.”

The popularity of TV shows such as Mad Men has also been credited with reinvigorating interest in classic cocktails and encouraging a “reassessment” of malt whisky, which is said to have drawn new consumers to the category.

“These attempts have had a fair amount of success, for example with the increasing trend of whisky cocktails and whisky dinners,” she said.

“These efforts have affected the malt category due to the great variety of flavours available.

“New consumers can be encouraged by the promotion of cocktails which are easily drinkable or by ‘malt of the month’ promotions which ensure malts are more accessible. Hosting whisky dinners and events also helps boost Scotch whisky sales.”

Macanna advised licensees to stock a range which covers both Scotch and imported whiskies.

“Operators should select a range of malt whiskies and blends, varying from Scottish region as well as imported whiskey,” she added.

It’s advice that was echoed by Catherine Conaghan, head of trade relations for Scotland at Diageo, whose whisky brands include Johnnie Walker, Singleton and Talisker.

“Operators should stock a variety of whiskies covering blends and malts, from entry level brands through to super deluxe,” she said.

“To drive whisky sales, licensees should always give whisky brands prominent space on their back-bar, and include a variety of premium and non-premium offerings, ensuring consumers can easily see what is on offer and be given the opportunity to trade-up.”