After more than 40 years in the trade, Alistair Don, owner of The Doublet in Glasgow and former president of the Scottish Licensed Trade Association, is preparing to retire.

At 69, Alistair has decided it’s time to call it a day at the pub which he took on from his late father Alexander Don in 1974. 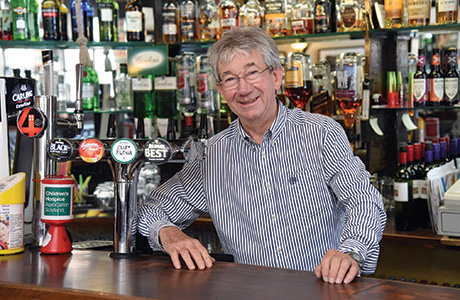 Alistair leaves the venue, which has been in the family since 1961, with a catalogue of memories – from the “party bar” days of the 1960s to the “Night of the Underground Pirates”, when the bar was ‘invaded’ by a stag party which had embarked on Glasgow’s ‘subcrawl’ in full fancy dress.

In his time at the helm of The Doublet, Alistair has been an active campaigner for Scotland’s licensed trade.

Understandably, Alistair has witnessed many changes in the trade over the years – from the introduction of all day opening, which he reckons “may have cost us all in the long run”, to the smoking ban, which saw him standing in front of the TV cameras in the Balmoral Hotel in Edinburgh, defending the trade.

But it’s not just legislation that’s changed over the course of Alistair’s career.

“I think drinking habits have changed totally,” he told SLTN.

One of the biggest changes at The Doublet has been the “definite move towards wine”.

Where 20 years ago The Doublet would have had “box wine and not much else”, the traditional pub now stocks a range of five bottles of wine at any given time.

The rise of single malt whisky in recent years was also highlighted by Alistair, although he reckons some distilleries might have missed a marketing trick a few decades ago.

“The whisky trade missed a big chance back in the time of The Beatles,” he said. 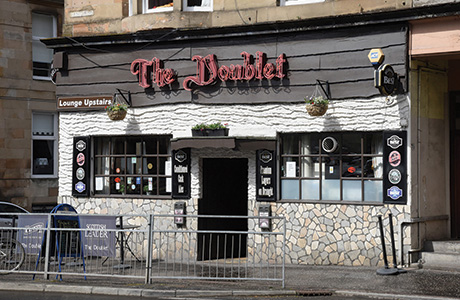 “They were drinking whisky with Coke but they [whisky firms] wouldn’t promote that.”

While whisky sales have taken “a big jump” in recent years at The Doublet, especially among younger drinkers, the bar was also arguably ahead of the curve when it came to the recent cask ale resurgence.

The venue has been selling cask since the mid ’90s and Alistair said a move to Belhaven in the late ’90s helped to develop the pub’s offer as it coincided with the brewer boosting the size of its cask portfolio.

It hasn’t all been about change at The Doublet, however,

Alistair has two long-serving members of staff with almost as much combined experience in the venue as himself.

Shona Collins has been at The Doublet for 18 years and Gordon Hunter has worked in the venue for 15 years.

And while a lot of bosses may describe their staff as one big family, The Doublet reinforced it last October when staff members Seb Philips and Louisa Allcott celebrated their wedding in the pub.

In addition to the staff, it’s the punters that Alistair said he will miss the most.

“I’ll miss the customers without a doubt,” he said.

“We’ve got a really good customer base here.

“This [pub] is a social life for a lot of these customers.”

From the golfing society once run with west end neighbour the Arlington bar to the weekly pub quiz which is still going strong after 15 years, it’s clear that The Doublet
has been a part of the community throughout Alistair’s tenure.

However, despite his attachment to the bar, he said a new owner won’t have to worry about the old boss coming round to make noise.

“I wouldn’t be bothered if someone made changes but I don’t know if you’d want the person you bought [the pub] from popping their head in,” said Alistair.

• Selling agent Smith & Clough confirmed The Doublet was under offer from a local operator as SLTN went to press.