Alcohol sales plummet by up to 90%, new research claims

THE lower drink drive limit has hit rural pubs hardest during its first six months, with alcohol sales down by as much as 90%, according to new figures.

Research from buying group Beacon found a “clear difference” between the impact the new limit has had on rural and city businesses, with city venues largely insulated from the effects due to their central locations and public transport links.

Respondents to Beacon’s survey are said to have reported a drop in alcohol sales of between 10% and 90%, with some considering staff cutbacks in order to stay open.

Many also revealed changes in consumer behaviour since the lower limit came into force on December 5, 2014, including customers no
longer drinking alcohol at lunchtime.

Some operators said they had moved to mitigate the effects of the lower limit by introducing a wider range of non-alcoholic beers, wines and cocktails.

Market data supplied to Beacon by wholesaler Matthew Clark confirmed that liquor sales had dropped in the 12 weeks following the change in drink drive legislation; it recorded an 11% increase in soft drinks sales for the period.

Tennant Hilditch, director of sales for Beacon, said the research “paints a gloomy picture for the hospitality industry, and particularly those in rural locations”.

“We absolutely believe in safer Scottish roads, and since the changes were made in
December we have been working really hard with our
customers to help them diversify their offer, such as investing in their food and menus
to cover the shortfall in the drop of alcohol sales,” said Hilditch. 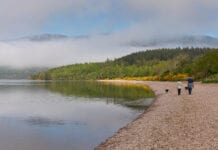