Drinking and driving: undoubtedly a potential menace to society, but also a subject that seems to fuddle even the most rational of minds.

Take, for example, the recent case of an application to license a Marks & Spencer/BP Simply Food at a motorway service area.
Almost all of those outlets are licensed, but this application faced the argument that the shop’s customers might buy alcohol and proceed to consume it at an adjacent rest area decked out with tables and chairs (by an extension of that reasoning – which failed to block the proposal – pubs with car parking ought to be barred from operating beer gardens).
In reality, the notion that a driver might pull up at a garage forecourt and buy a bottle of wine for immediate consumption is more than improbable.
That refreshingly commonsensical view was expressed by Dundee licensing board’s convener when he spoke to a local newspaper following the rejection of a bid by BP to increase the alcohol display at one of their shops.
He said: “I can’t see anyone driving up to the garage to buy a bottle of wine to drink going up the road.”
Incidentally, appeals against the refusal of that application on overprovision grounds, together with the knock-back of a licence for a new Aldi store, are due to be heard in Dundee Sheriff Court in around two weeks’ time, and I’ll be reporting the outcomes on this page in due course.
The new drink-drive limit, in force from December 2014, has also resulted in some faulty reasoning on the bench.
When Peter Jenkins was stopped by police in Newton Stewart, his reading of 87 micrograms in 100 milliliters of breath was almost four times the 22 limit.
The sheriff imposed a penalty – a fine of £1400 and a 34-month driving ban – intended to reflect the seriousness of the offence measured against the new limit.
That approach was roundly rejected in the appeal court: “It is fallacious to equate a reading of 87 in Scotland with 187 in England and Wales, when one driver is likely to be considerably more impaired than the other.”
The disqualification period was cut to 22 months and the fine to £900.
And when trade representatives complained about the devastating effect of the lower limit on businesses – slashing trade more than the 2006 smoking ban – they’re apt to be accused of condoning drinking and driving.
There’s flawed thinking here too. The trade’s grievance isn’t directed at road safety measures, but rather at the disproportionate penalty for breaching the new law.
While the Holyrood parliament was empowered to reduce the limit, only the Westminster parliament has the power to adjust conviction penalties.
Yet a marginal breach can have life-ruining consequences – a criminal record for a minimum of 20 years; an automatic 12-month driving ban; a potential fine of up to £5000; the risk of imprisonment and loss of the vehicle; a significant increase in future insurance premiums; visa restrictions (particularly in relation to entry to the USA); and possible loss of employment. 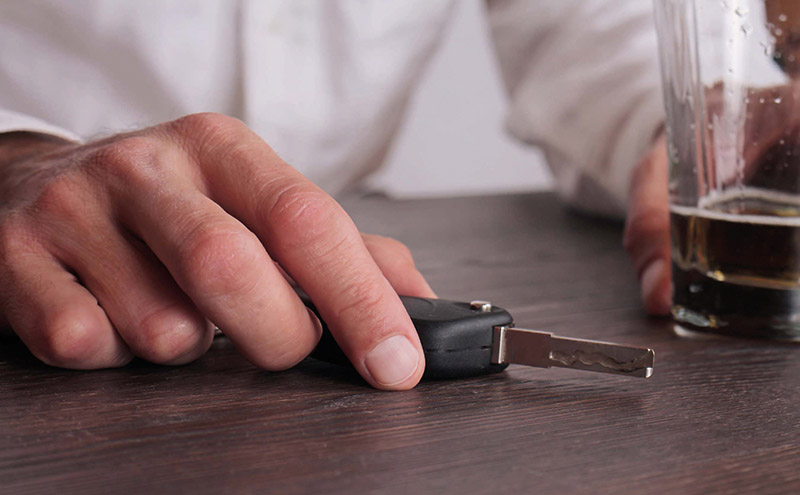 With the danger of triggering the 22 microgram limit after drinking just a pint of beer, and repeated police advice that the consumption of any alcohol prior to driving is simply unsafe, it’s no wonder that the public are giving up on a quick drink at lunchtime or after work.
Even stay-at-home drinkers are in danger, facing the risk of failing a breath test after a few beers the night before.
What’s more, the Crown Agent has formally withdrawn an undertaking given in 1983 that prosecutions would only be taken if a driver was fully five micrograms over the limit, a tolerance designed to eliminate court challenges to the accuracy of measuring equipment.
In other words, the effective limit was 39 micrograms (I understand this remains the position in England and Wales).
So the new, absolute limit represents a drop of almost 50 per cent – yet the fallibility of testing equipment is still recognised: a driver with a reading of no more than 31 micrograms can opt for a blood or urine test.