A public house is not a public place – customers are there at the invitation of the licensee, writes licensing solicitor Stephen McGowan 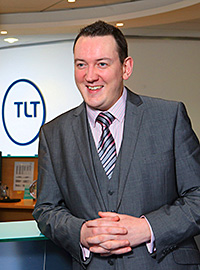 PUBLICANS have a right to refuse service.

The right of refusal is a ‘common law’ right, meaning you won’t find it in the Licensing (Scotland) Act 2005.
You can trace it back to at least 1877 and an old case called R v Rymer, which states that a member of the public could not insist on being served in a public house.
In this case, a patron who entered a public house had brought with him a “large and undesirable” dog. It is not clear if the publican had refused to serve the dog or his owner!
The bottom line is that a ‘public house’ is not a ‘public place’ – a customer is there at the invitation of the licensee and under his permission only. This invitation can be withdrawn at the publican’s discretion with a customer unable to insist on being served.

The 2005 Act allows the use of ‘reasonable force’ in ejecting a patron.

Being refused actual entry to a premises is a simple extension of the right of refusal to serve.
Despite what some might think, there is not a ‘human right’ to be served or gain access. The Human Rights Act 1998 imposes obligations on public authorities, not private businesses like pubs. It is not a ‘human right’ to be allowed entry to a pub.
A recent case confirms that a Pubwatch ban where a customer is barred from multiple premises is an extension of the right of refusal and, therefore, legal.
Nevertheless there are limitations.
You cannot refuse service because of race, religion, sexual orientation or other protected characteristics, as this would breach the Equalities Act 2010.
There is no licensing rule to prevent a publican serving someone in uniform. If the superiors in the armed forces do not wish servicemen to go into pubs, that is a matter for them to take up with their personnel.

It is not a ‘human right’ to be allowed entry to a pub.

Remember, though, that this does not mean a soldier can insist upon being served.
You can refuse if you have reason to do so, such as if he is under the influence, poorly behaved, or cannot produce ID. However, as an aside it is worth noting that military ID becomes acceptable in pubs this October. 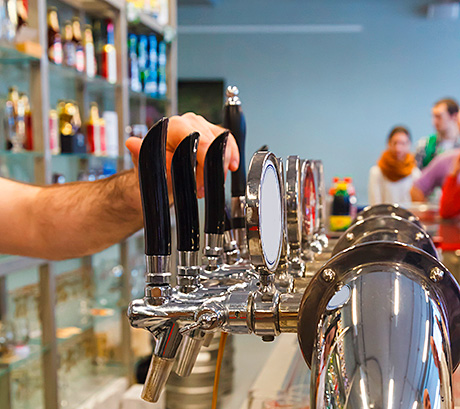 Ejecting a person from a pub can be difficult and stressful – I know from experience (as ejector, not ejectee I hasten to add!).
A person who behaves in a disorderly manner and refuses or fails to leave on being asked to do so commits an offence.
So how far can you go?
The 2005 Act allows the use of “reasonable force” in ejecting a patron. There is no real definition of what this means but in my view it means a proportionate amount of force to control a person in order to remove them, but would not include, for example, punching or kicking them as they are escorted out.
Techniques can be learned in the SIA training course in what is known as “physical intervention”. Remember that if this sort of thing is a part of your general duties then you will need an SIA licence.
• Stephen McGowan is a director and head of licensing for Scotland at TLT.

Images – Stephen McGowan said licensees have the right to refuse service or entry to licensed premises.