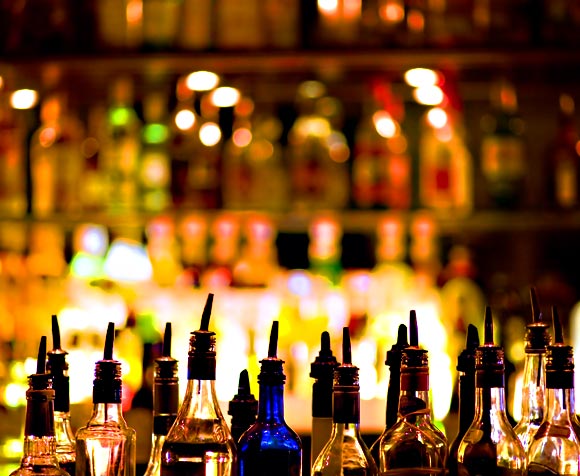 VODKA’S dominance of the spirits scene could scarcely be more complete.

CGA Strategy recently estimated the value of on-trade sales at £229 million in the 12 months to May, up from £217m the previous year, while another report suggested vodka accounts for more than a third of all spirits sold in UK pubs, clubs and bars.
Given the maturity of the category, you might assume that further growth is hard to come by.
But it seems producers have tapped into a new source of sales – and it comes in the shape of an idea that’s actually done the rounds before.
Flavoured vodka is a focus for a number of spirits firms – and it seems there’s no shortage of ideas when it comes to new flavours.
Nick Yates, on-trade channel director for spirits at Pernod Ricard, told SLTN Absolut Vanilia and Absolut Peppar are performing strongly as bartenders seek different flavours to work with.
“Absolut Flavours can also be used to create very simple, quick and easy-to-make drinks that require no complicated training or equipment, which is perfect for the busy on-trade environment,” said Yates.
“They allow pubs to differentiate their drink offerings by providing customers with additional choices beyond traditional serves, ranging from Absolut Citron mixed with cranberry, orange and a dash of grapefruit juice to make a Lazy Cosmopolitan, or something as simple as Absolut Raspberri and lemonade.
“Stocking the Absolut Flavours range allows pubs to be more adventurous with their cocktail offering, while capitalising on the brand’s premium status to attract those consumers looking for high quality new and unusual drinks.”

Flavoured vodkas can be used to create simple drinks quickly, which is perfect for the busy on-trade.

Diageo is also riding on the crest of a flavoured vodka wave, having just extended its Smirnoff range with a new vanilla variant (see story left).
And national commercial manager David McGowan told SLTN there’s scope to expand the range, which includes green apple, lime and blueberry variants, further still.
“At the moment we’ve got several flavours worldwide so there is scope to bring in new flavours, perhaps some on a seasonal basis,” he said.
“It’s absolutely vital that it [innovation] happens and there’s a responsibility for us as brand leaders to do that and invest in the brand.
“Smirnoff flavours are a strong proposition and we worked with the trade to try and unlock the inherent value we believe is in the brand. Smirnoff Blueberry and lemonade is a very popular mixed drink, for example.
“Talking to our customers about the different variants, they’re not seeing one as a replacement for an existing one they have – they’re adding to it.
“Smirnoff flavours have really grown market share to the stage where some of the flavours are bigger than other brands in their own right.”
Diageo insists, though, that the apparent success of Smirnoff flavours hasn’t impacted on the original vodka.
Smirnoff No 21 (red) is said to be performing well in the Scottish on-trade and McGowan said there’s also evidence of consumers trading up to Smirnoff Black and Ketel One.
“We have an interesting vodka portfolio that allows us to work with different types of outlet,” he added.
Back at Pernod Ricard, Yates said it’s not only by exploiting flavoured vodka that operators can sell more: he told SLTN the spirit offers more of an ‘up-sell’ opportunity than other drinks.
“Our Premium Edge research found that 56% of vodka drinkers are willing to pay more for vodka if an up-sell offer is made,” he said.
“Whilst this research showed that vodka is currently the least likely spirit to be up-sold (8%) by bar staff, it was cited by consumers as the category they are most willing to pay more for – and this was regardless of customer profile or outlet type.
“In fact, when consumers were asked which brands in spirits they were most wiling to pay more for, Absolut was cited as number one, with those interviewed prepared to pay a price premium to trade up to Absolut.”
Yates added that bars which offer “exciting and unusual” vodka-based drinks and cocktails, like Pernod Ricard’s seasonal serves (see box above) can encourage consumers to broaden their repertoires.

Method: Pour over cubed ice in a hi-ball glass. Squeeze in two wedges of lime.