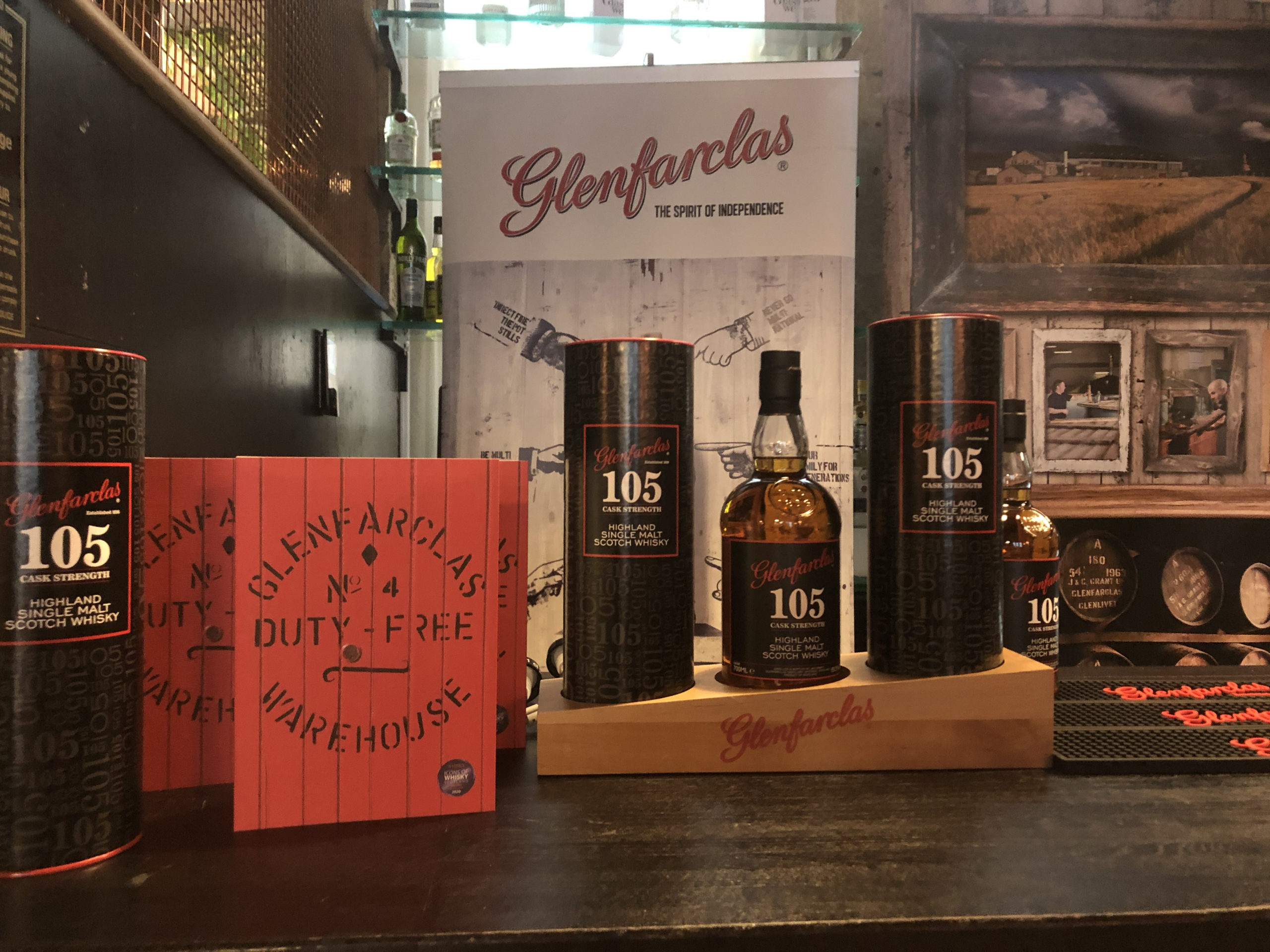 BARTENDERS from Glasgow and Aberdeen have progressed to the final of this year’s Glenfarclas 105 Cocktail Competition.

Marcus Gordon of Orchid in Aberdeen, Lisa MacLeod of Aberdeen bar and restaurant, The Esslemont, Gavin Lidbury of The Finnieston in Glasgow and Cal McMillan of Buck’s Bar in Glasgow will all progress to the final of the contest after taking part in the Scottish heat, which was held in Glasgow bar Hide & Seek on Monday (16th May). This year, all entrants were challenged to create a cocktail around the theme of ‘stories’.

The Scottish heat of the competition was judged by Louise Gallagher of Glenfarclas distributor Pol Roger – who created the Glenfarclas 105 Cocktail Competition – Adam Alzadjally of Hide & Seek and Dave Hunter of SLTN.

“Glenfarclas is a very traditional style whisky, so I think the aim of the competition when I first created it was to tap into that different demographic of drinker, and give them other ways to drink Glenfarclas,” said Gallagher.

“Glenfarclas 105 is a non-age statement whisky and it’s cask strength, so I think it’s perfect for making excellent cocktails.

“Across the three years of the competition we’ve had very established and entry-level bartenders come in, and I think that’s very good. We’re judging them on their balance and flavours, their skills and techniques, and then their presentation is sort of the cherry on the cake. It’s about their cocktail and how well they’re in touch with their palate, rather than us looking for a brand ambassador.

“And it’s about coming and having fun. We’re very relaxed and very open to giving them all feedback, which is why I think it’s been appealing to the younger, newer bartenders, because they hopefully don’t feel so much pressure. They’re not under a spotlight as such. They just get up there and do their thing.”

The final of the competition will take place at the Scotch Malt Whisky Society bar in Glasgow on Monday 13th June, when the Scottish finalists will be joined by finalists from London.

The winner will spend several days at the Glenfarclas Distillery, working with distillery manager Callum Fraser and filling their own cask of Glenfarclas.