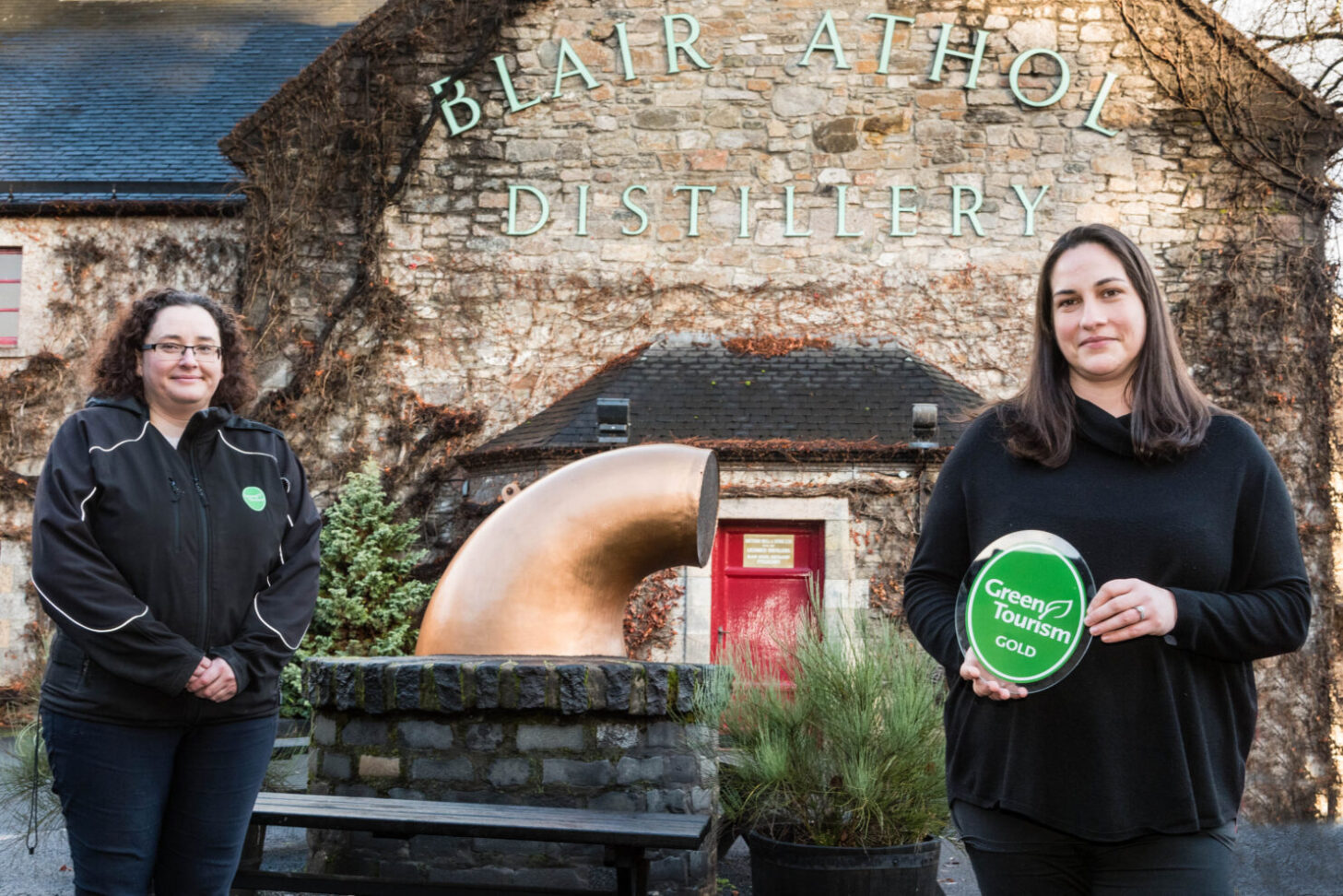 Lagavulin on Islay, Blair Athol in Pitlochry, Clynelish near Brora and the Oban Distillery all secured Gold certifications for their production and visitor centre facilities. The certification acknowledges sustainable business practices and, in the case of the distilleries, follows a number of initiatives including switching to biofuels, preserving local landscapes and the recycling of production waste.

Oban Distillery switched to biofuels in 2018 and last year introduced a new water reduction scheme which has resulted in 80,000 litres of water being saved each week.

At Lagavulin, a partnership with the RSPB has helped to restore and preserve almost 700 acres of peat bog on Islay.

And at Blair Athol, pot ale syrup is being recycled into animal feed, with old pallets and other discarded materials transformed into wildlife boxes.

“These awards are credit to the people at our distilleries and all the work they’ve done to build the environmental sustainability of our business,” said Smith.

“This is just the start of our journey and we will be going for gold accreditations at our other distillery brand homes and will continue to raise the bar for sustainable whisky tourism.”