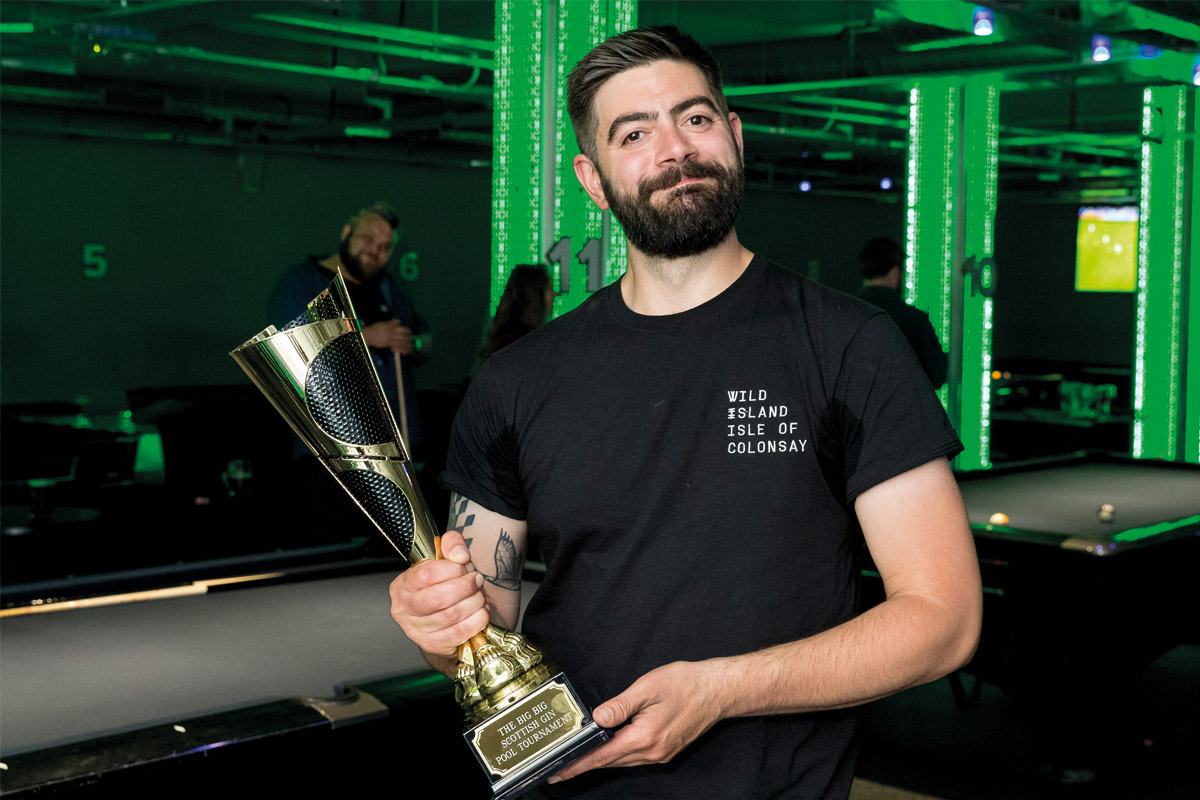 A TEAM from the Isle of Colonsay’s Wild Island have lifted the trophy in the inaugural Big Big Gin Pool Tournament in Edinburgh.

Wild Island beat competition from 19 other teams of gin producers, including Edinburgh’s Old Curiosity and Aveimore-based Kinrara, in the competition at Marco’s Pool Hall to take the spoils.

Paul DeMarco, managing director of Marco’s and director of the Big Big Gin Festival, which takes place on October 12 and 13 at Edinburgh Corn Exchange, said the tournament was such a success it will now become an annual event.

“The brands work hard and produce such fantastic gins and we just wanted to thank them for supporting the gin festival at the Edinburgh Corn Exchange, and get them all together for a fun night before our next show in October,” he said.