EAST Kilbride-based Badaboom could be the perfect example of a business that has made a bang while keeping a low profile.

If you have attended a drinks event in Scotland in the past few years, there’s a good chance you’ve encountered the team first-hand.

The agency, which was last year acquired by Tennent’s owner C&C Group, began its life as a pop-up bars business for private and corporate events before moving into promotional and brand activity for drinks companies.

From early projects such as sampling and bartending at events, the company’s offer quickly evolved to include the planning and execution of events for drinks brands.

In 2008, two years after the company’s formation, Badaboom moved into logistics – storing and transporting the promotional and events kit for drinks companies so that it didn’t have to be hauled up from England for every Scottish project.

“We said to Red Bull, ‘we’re going to all these events, we’re planning them, we’re staffing them, but all the kit’s coming from someone else’,” said managing director Duncan Frew.

“‘Why don’t we look after your kit?’ Thinking it would be about two pallets. Next thing 100 pallets turned up. We created the northern hub for Red Bull in 2008 and that was our first foray into storage and logistics.

“The reason we came up with the idea was we were constantly competing with other activation agencies to deliver the events, and the idea was if we could store their kit they’re not going to use someone else.”

The move proved to be a shrewd one, and soon after Badaboom was providing storage to a number of drinks companies – including future owner C&C.

By this time, the agency’s specialisms included planning and executing events and sampling activity and conceiving and creating point of sale materials.

At the same time, Duncan was involved directly with the on-trade as a part-owner of Glasgow bar Vodka Wodka.

“Being pub owners gave us a USP other agencies didn’t have,” said Duncan.

“We’d be at these agency meetings at a big office in London and these guys were coming up with ideas and we’d say ‘but that won’t work in the trade’.

“Brands liked the fact we were in the trade because we had our finger on the pulse.”

In 2015 work with C&C and Tennent’s stepped up, and a national tour for Magners was particularly impressive to the brand owner.

The biggest thing is incentivising staff. They are the biggest untapped sales team.

In addition to carrying out sampling activity for the cider across the UK, Badaboom also increased listings for the brand and audited the effectiveness of its point of sale materials by quizzing licensees on which materials they had received, whether they were using them and how.

By now, measuring the effectiveness of point of sale activity had become a cornerstone of the agency’s service – and one that was appreciated by the team at C&C.

In early 2017, the drinks company approached Duncan with an offer to buy the agency. The team agreed, on the proviso that Badaboom Bars – the private events and bars part of the business, would remain independent. 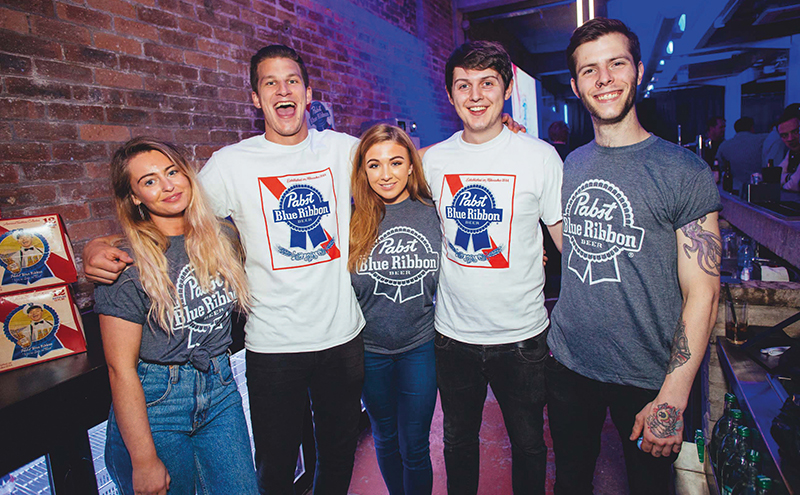 “It was very strange, very weird. But the (C&C) guys were fantastic. They wanted to keep us autonomous, keep us independent.

“And they’ve kept their word on that, which is great.”

This autonomy has meant that Badaboom continues to work for clients outside of C&C Group, including Jura and Asahi in addition to longstanding client Red Bull.

At the same time, the C&C backing has allowed the agency to expand its offer, and the team has now moved into drinks distribution with Spanish beer Moritz.

“We want to show how a small agency can be much more reactive,” said Duncan.

“In the first three months we’ve done 40 activations, we’re into 50-plus accounts that we’ve hand-picked.

“We asked Tennent’s not to have their telesales guys sell it, because we wanted to be very specific.

“Although it does help when you offer to take them (licensees) to Barcelona.”

Brands liked the fact we were in the trade because we had our finger on the pulse.

Again, the on-trade experience has helped to shape how Badaboom approaches its work with Moritz.

Duncan said: “The biggest thing for us is incentivising bartenders.

“It’s the biggest untapped sales team that you could approach. So from next month we’ll be targeting ten pubs a month and one pub will win a trip to Barcelona – whoever sells the most. 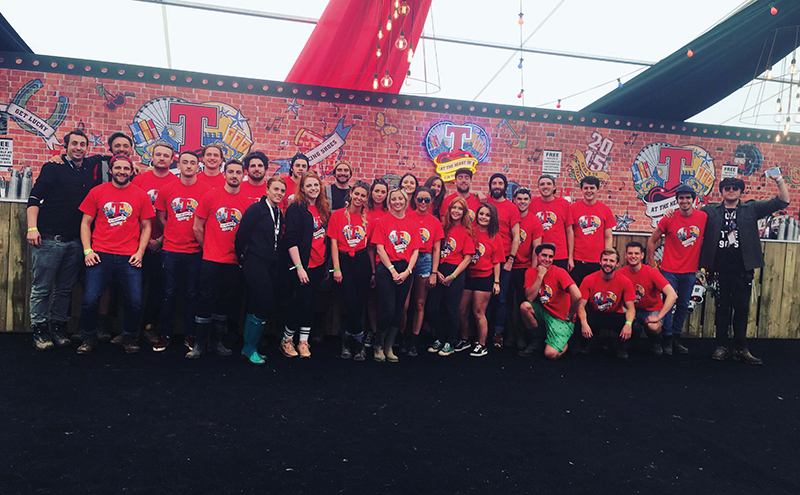 “I remember in Vodka Wodka, Diplomatico rum was going through the roof. And funnily enough there was a competition to go to the Caribbean with them, so the guys were shifting it.”

And the team continues to grow its on-trade experience through Badaboom Bars (Duncan sold his share of Vodka Wodka in 2015).

The stand-alone sister company, which is independent from C&C Group, took over Finnieston bar The Duchess of Argyle at the beginning of the year, renaming it The Dirty Duchess.

“We wanted to make this simple: pints, wine, some basic cocktails, just a good boozer.”

The Duchess is likely to be followed by other pubs in future.