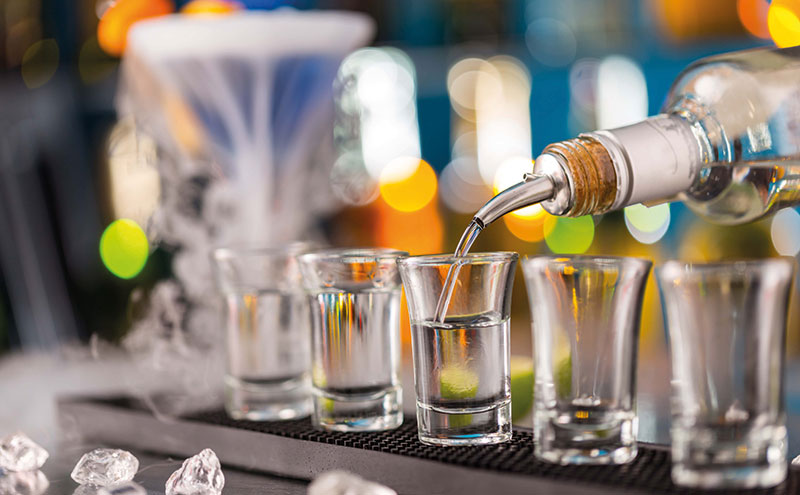 THE significance of vodka to on-trade sales cannot be overstated, with a market value of £225 million, according to figures from CGA.

Not only has it retained its position as the largest spirits category, it’s also the third-largest alcohol category in the Scottish trade, behind beer and wine.

As is to be expected, the big brand players continue to perform strongly.

Smirnoff commands pole position, accounting for 66% of all vodka sales in the Scottish on-trade – as well as retaining its position as the second-biggest brand in the trade overall.

Pernod Ricard-owned Absolut has also had a good year, retaining its second place in the vodka category.

Glen’s, owned by the Loch Lomond Group, Eristoff and Grey Goose (both owned by Bacardi) complete the top five, coming in at number three, four and five respectively.

While the top five vodka list is unlikely to rouse much surprise amongst those working in Scotland’s pubs and bars, as a category, the spirit has been going through some changes as of late.

While it remains the best performing spirits category in the Scottish on-trade, vodka did experience a sales dip of £7m in the course of the past year.

Therefore, it is more important than ever that operators keep this must-stock category in line with the times.

Advice shared with SLTN throughout this year has pointed to the craft movement, which many say has now began to infiltrate the vodka category.

PJ Laurre, brand ambassador for Crystal Head Vodka, said the perception of vodka “has also changed over the last few years and people’s palates have changed too”.

For licensees looking to expand or introduce craft vodkas, Laurre advised that the main points of consideration should be the ingredients, the finish, and the locality of the spirit.