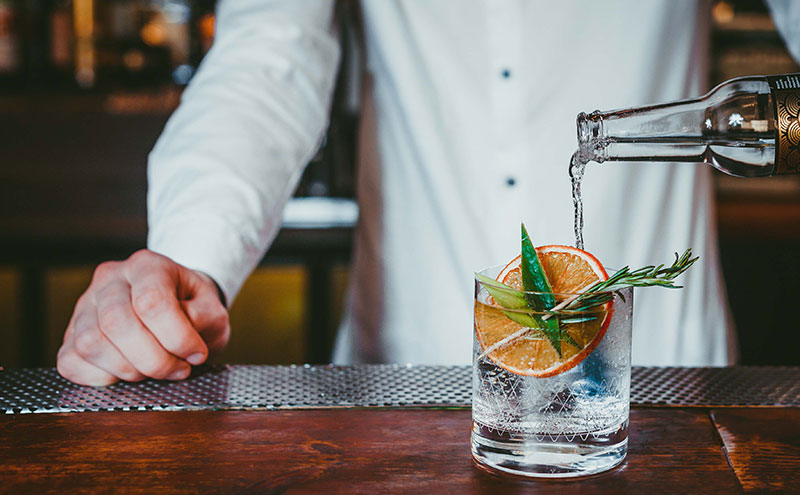 AS more brands enter the market and an increasing number of venues look to specialise in the spirit, it almost goes without saying that gin most certainly remains a must stock.

Having stepped back into the spotlight some time ago, gin remains the spirit of the moment, with various players, from larger, established drinks firms to the smaller craft producers, all seeking to capitalise on the perennially popular spirit.

Perhaps unsurprisingly, gin as a category has continued to expand – and has commanded its fair share of headlines as a result.

According to CGA figures supplied in the summer, gin represented the biggest increase in value across all alcohol categories between 2016 and 2017.

The big brand owners continue to capitalise on the trend – with Diageo-owned Gordon’s and Tanqueray in the top five gin brands in the Scottish trade, sitting at number one and three respectively, alongside Bacardi-owned Bombay Sapphire (number two) and William Grant & Sons’ Hendrick’s (number four).

The real movement has been at the craft end of the market, however.

The influx of new craft gins has continued throughout this year, and is likely to carry on through 2018.

Recent developments in Scotland have included the firm behind Darnley’s Gin (Wemyss Malts) moving production of its gin home to Scotland – with the opening of the firm’s new gin distillery and visitor centre at Kingsbarns in the East Neuk of Fife.

Elsewhere, the couple behind Stirling Gin announced plans to open a new distillery and visitor centre in the shadow of Stirling Castle.

Having purchased a 19th century former blacksmith’s building, the Old Smiddy on Lower Castlehill, which they aim to have up and running by summer 2018, the new distillery will see June and Cameron McCann’s operation expand significantly.

And among the influx of craft gin products entering the market, a couple of notable brands have managed to cut through the noise – and into Scotland’s pubs and bars.

Edinburgh Gin, formerly owned by Spencerfield Spirit Company, has continued on an upwards trajectory ever since the firm was bought by Ian Macleod Distillers in September last year.

Since the takeover, Ian Macleod Distillers has made significant investments in the brand – most recently bolstering its gin liqueur range, and bringing the bottle design into line with that of its core gin range.

Having just opened its new visitor experience, dubbed Blendworks, Eden Mill has moved from strength to strength, with various iterations of its gin now available to the trade.

The firm is also capitalising on Christmas, having recently launched its ‘12 Gins of Christmas’, which sees established Eden Mill expressions Original Gin, Love Gin, Hop Gin, and Golf Gin joined by festive flavours like Mulled Gin, Orange and Clove Gin, and After Dinner Gin, among others.

In a similar vein, craft distiller Pickering’s has reintroduced its gin-filled festive baubles for Christmas.

The baubles, which are each filled with 50ml of Pickering’s Gin, are said to have proved extremely popular last year.

The demand for gin from various producers, in various guises, suggests that strong demand for the spirit will continue into 2018 and beyond.