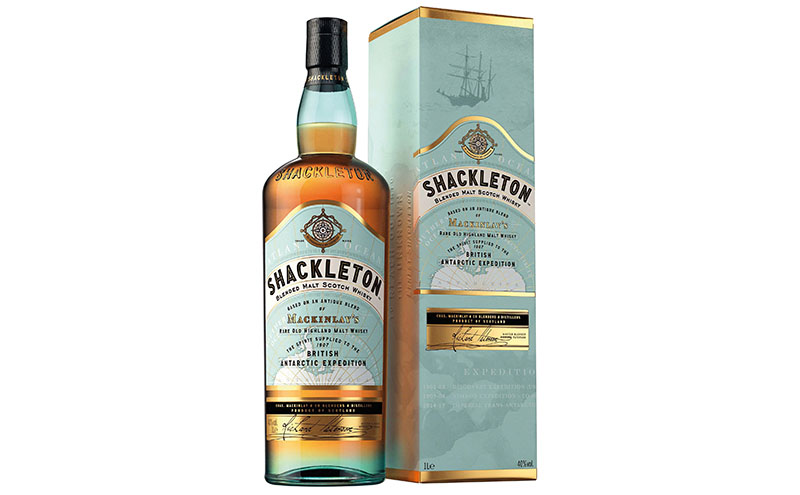 The new whisky was inspired by Mackinlay’s Rare Old Highland Malt, which Shackleton is said to have carried 25 cases of on his ship when he set sail in 1907; the cases were discovered preserved beneath the ice of his base camp a century on in 2007.

Whyte & Mackay master blender Richard Paterson carried out “painstaking analysis” to recreate the antique whisky and used this as a foundation, which was blended with a handpicked selection of other Highland malt whiskies to create Shackleton.