GLASGOW nightclub Campus scooped the top accolade at responsible retailing awards Best Bar None when it was crowned National Champion. 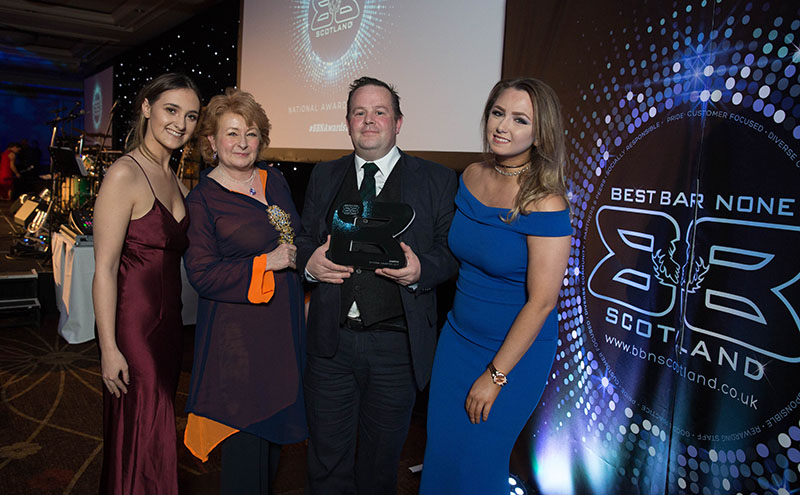 The venue was also one of five licensed businesses to be awarded with a Platinum Award at the Scotland-wide event, which took place at Hilton Glasgow on Thursday, March 30; introduced this year, the award aims to “reward continuous excellence”.

Other pubs that scooped a Platinum award included Sportsters in Falkirk; Soul in Aberdeen; Imperial Bar in Airdrie & Coatbridge; and Johnny Foxes and the Den in Inverness.

A raft of pubs picked up awards across the other ten categories recognised on the night. In Glasgow, Campus won the Night Club category; The Crystal Palace won in the Pub category; The Croft Bar was named the country’s best Independent Bar; and The Garage was crowned for its Innovation in Social Responsibility.

Two Borders businesses also scooped award wins on the night. The Waggon Inn was named the country’s top Independent Pub, while The Queens Head Hotel came out top in the Hotel Bar category.

Elsewhere, the Glenmavis Tavern in West Lothian took home the award win for best Bar; Edinburgh’s Corn Exchange was the top SEV (Specialist Entertainment Venue); the Fountain Bar in Coatbridge was Newcomer of the year; and it was a tie in the Heart of the Community category, with both Tartan Rose in Renfrewshire and Behind the Wall in Falkirk taking home the accolade.

Overall, 47 finalists took part in the annual national awards across ten categories, with venues represented from across the country.

A special award was also handed out to Mark Baird of Diageo in recognition for his contribution to Best Bar None through his role at Diageo; he has been a strong supporter of the Best Bar None Award scheme in Scotland since its inception in Glasgow in 2005.

Accepting his award, Baird said: “I am proud to have been personally involved in the growth and development of Best Bar None in Scotland over the last ten years sitting on the board.

“General standards have risen so much in that time that premises now need to be really raising the bar and doing something quite different from their competitors to reach the top.

“That’s real progress for the scheme and also for our industry in Scotland.”