THE firm behind Smirnoff Cider has expanded the vodka-based cider range with the introduction of a new ‘Mandarin & Pink Grapefruit’ variant. 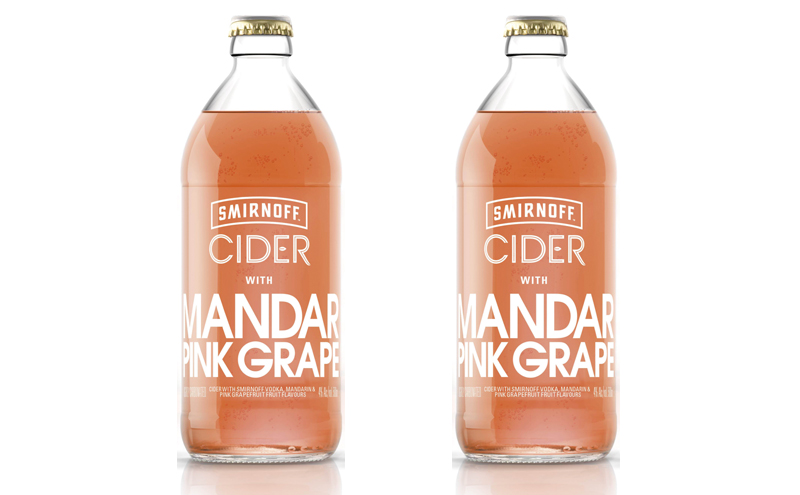 The new flavour follows the launch of the Passionfruit & Lime and Raspberry & Pomegranate variants last year.
Katie Hunter of brand owner Diageo GB said the new flavour “aims to drive excitement and growth into the flourishing fruit cider category”.
Launched initially in the off-trade, Smirnoff Cider Mandarin & Pink Grapefruit is available in cases of 8x500ml bottles, with an RRP of £2.19 each.
And the existing Passionfruit & Lime and Raspberry & Pomegranate variants are now available in can multipacks (10x330ml) with an RRP of £10 a pack.