Spirit stalwart has plenty of opportunity to grow, say firms

WHEN it comes to white spirits, gin has been commanding the spotlight in recent times.
Coinciding with a general growth in consumer interest in the provenance of food and drink, craft and small-batch gins have soared in number and in popularity. 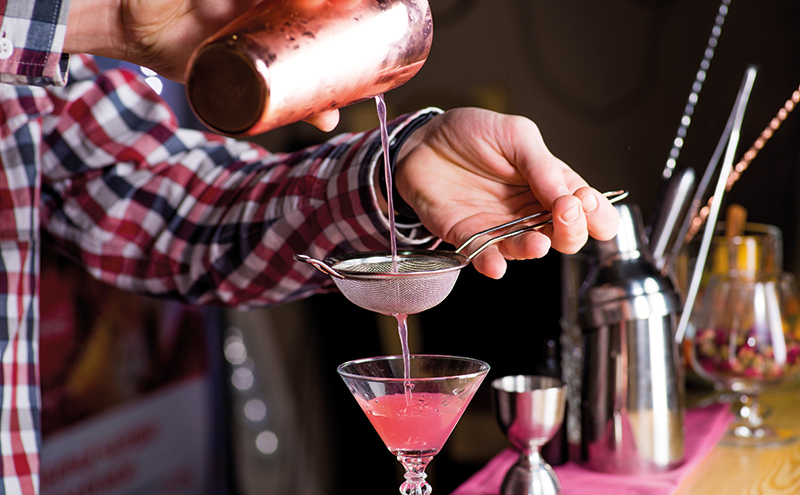 And now it seems vodka is ripe for its own renaissance.
Martin and Claire Murray, of Caithness-based Dunnet Bay Distillers – producer of small-batch Holy Grass Vodka and Rock Rose Gin, said that while gin has so far “stolen the show due to the varied flavour profiles that exist within the category”, vodka has an opportunity too.
“Vodka drinkers will increasingly ask to try the spirit neat to get a true flavour profile from the spirit,” said Martin.

Vodka is a timeless and versatile spirit and is the base to many a great cocktail.

“In bars vodka will be served with more premium mixers that have unusual flavours.”
Claire agreed, saying the trend will “move towards people drinking their vodka as they do gin – choosing premium mixers and experimenting with garnishes”.
Taking a similar stance was Diageo Reserve’s brand ambassador for its Ketel One premium vodka, David Beatty, who said that “as a general rule of thumb, consumers want quality”.

“With this desire for quality, comes increased interest in the heritage and provenance of the products they consume – and they’re willing to pay a premium,” said Beatty.
“It’s important that operators acknowledge this to capitalise on the opportunity.”
And he reckons much like gin, vodka is going through its own ‘craft boom’ right now.
“There’s a variety of new products and brands utilising traditional ‘craft’ distilling methods such as pot distillation, as well as aged/rested vodkas,” added Beatty.
Of course, vodka is renowned for its versatility.
And it’s this versatility that has maintained its popularity as a base in cocktails, according to Martin Murray of Dunnet Bay Distillers, who said using the spirit as a base “allows the mixologist to let the other ingredients shine”.
Beatty of Diageo Reserve agreed, adding that this is attracting bartenders back to the category. And he reckons there’s something of an overlap between premium vodkas and cocktails, saying that “quality vodkas will always grow alongside cocktails”.

Introducing vodka flights and tastings is a great way to showcase the flavour profiles.

“Super-premium vodkas in particular, that possess subtle flavours, aromas and characteristics, make the perfect building block for creativity and flavour in drinks,” he said.
“We’re seeing a rise in popularity of more interesting serves, with twists on the Bloody Mary at brunch, and classic cocktails such as the vodka Martini being reimagined and accentuated using subtle, delicate and delicious ingredients.”
In order to take full advantage of the opportunities vodka presents, operators should ensure the range they stock is up to scratch.
“Every vodka in an operator’s range should offer customers something different, whether it be flavour, aroma, texture or bringing a unique quality to a particular cocktail,” said Beatty.
Halewood Wines & Spirits, whose portfolio includes Liverpool Vodka, Whitley Neill Blood Orange Vodka and Red Square, agreed that operators should ensure their range covers a broad spectrum of styles and tastes.
A spokeswoman for the company said that “although challenges remain, premium vodka has shown significant potential as it remains in growth”.
“Consumers value premium properties – from origin and provenance to delivery, experience and style,” she said.
The way in which the range is displayed is also important, according to Diageo GB’s senior brand manager, Sarah Browne.
“Your back-bar is essentially your shop window, so use this space wisely and effectively,” she said.
And when it comes to piquing customer’s interest in vodka, operators could take a leaf out of gin’s book, and offer vodka flights and tastings, according to Claire Murray of Dunnet Bay Distillers.
“There can be remarkable differences in the flavour profiles of the newer premium vodkas and it would be great to showcase these to interested consumers,” she said.