THE beer category in Scotland has changed in recent years, with overall volumes dropping but certain styles seeing strong growth.
And while mainstream lagers remain a cornerstone of Scottish pubs and still account for a sizeable share of sales, it’s no longer enough for licensees to only stock the same handful of well-known names.
This will likely continue throughout 2017 and beyond, say brewers, and so licensees are advised to think carefully about the products they’re stocking on the bar and in the fridge in the course of the year, and be ready to make changes.
While new beers will usually take some time to gain traction with customers, licensees should be prepared to switch out products that aren’t selling.
Andrew Chapman, chief executive at Keith Brewery, recommended licensees review their entire beer range at least a couple of times a year.
“More than any other category, beer is the most versatile when it comes to seasons,” said Chapman.

Lager dominates sales, with over 70% of consumption.

“Dark, rich beers for the colder months, light, crisp beers for the other three days a year!
“Therefore reviewing your range on a semi-annual basis at the start of spring and autumn is a good [idea].”
This was echoed by Simon George, managing director of Budweiser Budvar UK, who said swapping in different beers at different times of year “gives an opportunity to beer match with new foods for food-led outlets as well as pick up on seasonal trends such as dark beers in winter months”.
In terms of selecting the right products, lager remains the biggest-selling style of beer in Scotland’s pubs, said George.
“Lager still dominates beer sales and is over 70% of consumption within the UK,” he said.
“That said, the category as a whole is in a decline with only craft lagers and world beers in positive growth.”
It’s no secret that craft beer has seen an explosion in popularity in recent years, led by the IPA style.
And while IPAs are expected to remain popular this year, beer drinkers may want to experiment with other craft styles, said brewers.
Jo Stewart, co-founder of Stewart Brewing, said that sour beers could be a style of craft that starts to gain ground with craft beer fans this year.
She said sour beers are “a style with huge variety, amazing flavours and are extremely refreshing”.
Golden ales and craft lagers could also be worth considering this year, according to Crawford Sinclair, UK director of sales at Innis & Gunn.
“There is real opportunity in golden ales,” said Sinclair.
“Like IPAs they can offer refreshing flavours and a great entry point to craft for the non-craft drinker, as does a good craft lager.
“These all offer good volume and profit opportunities for bars but you also shouldn’t forget that people like to use the on-trade to experiment with new drinks so there’s every chance of getting good sales out of some of the less widely available styles like wood-aged beers or interesting porters.”
With craft continuing to grow in popularity, there is an argument for covering all bases in terms of style, said Chapman at Keith Brewery.
“Variety of range is probably more important than a variety of brands,” he said.
“As the UK consumer becomes more familiar and as a result more comfortable with the various types of beer available in the UK, they are tending to ask for a specific preferred style over an actual brand.
“Try and ensure all tastes are catered for: lager, IPA, stout, rye, porter and weiss.
“Support these beers with a specialist beer or two and no one will be disappointed in your selection.”
While draught beer is obviously a staple of the on-trade, licensees are also advised to make good use of their fridges.
Not only are bottled beers easier to trial than draught keg or cask, they also present a significant opportunity in revenue terms, according to Guinness parent firm Diageo.
A spokeswoman for the company said: “The packaged category, including bottled fruit ciders and craft beers stocked in the fridge, offers a significant profit opportunity for licensees.

People use the on-trade to experiment with new drinks.

“Already worth nearly £2.4 billion to the on-trade, the category continues to grow in line with consumer trends.
“On top of that, they account for 12% of on-trade volume, yet make up 20% of value – so there is huge potential to maximise profit margins by making the most of the back-bar fridge.” 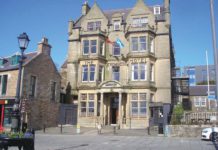 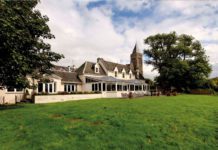 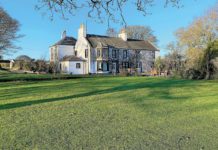