Crown Cellars, the wine and spirits division of Carlsberg UK, has launched a new range of on-trade exclusive, own-label wines. 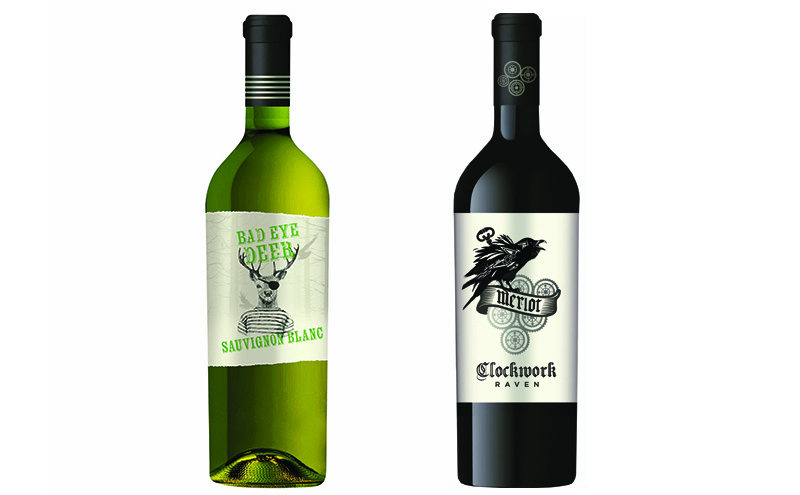 The new additions to the Crown Cellars stable are said to be aimed at new wine consumers, with branding that is designed to attract consumers looking for “something a bit different”.

The aim is to bring new consumers to the wine with fun packaging.

Crown Cellars has introduced three stand-alone wines: Box of Budgies – a New Zealand Sauvignon Blanc which is said to taste “fresh and juicy with plenty of pear”; Clockwork Raven – a Chilean Merlot that has a flavour profile described as “smooth and approachable, with dark plummy fruit notes”; and Bone Orchard – an Argentinian Malbec that Crown Cellars described as “definitely on the darker side” – a full bodied wine with “ripe forest fruit flavours, with a touch of spice”.
The wine and spirits specialist has also launched a further new wine collection, Bad Eye Deer, which includes a French Sauvignon Blanc, an Australian Shiraz Cabernet and a Zinfandel Rosé from the USA.
Jonathan Pedley, master of wine at Crown Cellars, said the firm’s aim with the new wines “is to bring new consumers to wine and to encourage current wine consumers to trial new grape varieties and new flavours through fun, appealing, contemporary packaging”.

Three stand-alone wines and a new wine collection have been launched.

“The names and labels are designed to create stand out and compete not only with other wines but also other categories such as craft beer and cider who have done a fantastic job in bringing new consumers in with appealing language and marketing,” said Pedley.
Crown Cellar was launched by Carlsberg UK in 2012. The brewer’s wine and spirits division offers in excess of 500 wines, with on-trade exclusives including wine brands Cloud Island, Jack & Gina and Plate 95.