OPERATORS must do more to engage with their wine drinking customers if they are to grow sales, a new report from Crown Cellars has concluded. 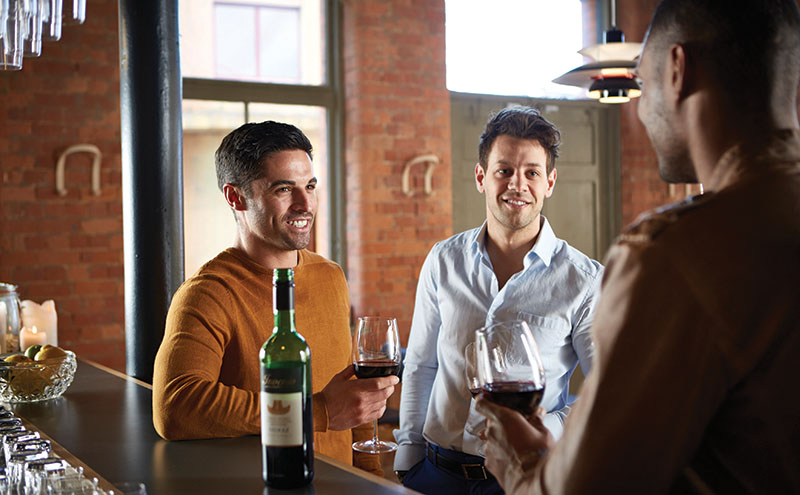 The ‘Future of On-Trade Wine’ study, which was commissioned by Crown Cellars – the wine business of Carlsberg UK – to better understand if the on-trade is meeting customer expectations when it comes to wine, identified two groups with different attitudes towards wine.
Millennials (those born in and since the 1980s) “need to be inspired with a strong visual display in order to compete with other categories such as craft beers and ciders” and would like to see simple, engaging descriptors on a wine list, according to the study. It also found that this group would like more guidance when it comes to the different tastes and wines within the category, adding that this age group currently feels it is “discouraged from exploring the category and diversifying”.
By contrast, the report found that the over 30s are more confident in their choice of wine, but would like to see greater wine and food pairing recommendations – and are more likely to trade-up if they are encouraged to do so.
Whilst opinion was split on other aspects of wine in the on-trade, the majority surveyed said they would like greater choice and more help with navigating wine lists; they also want to “feel inspired and enthused to try new wines”.
The report suggested on-trade operators could take steps to improve their wine offer.
It found disparities between the trade’s view of wine, and that of consumers, with 61% of the trade believing that wine quality has improved in recent years, compared to just 35% of customers. The study also found that several wet-led pubs are missing a key opportunity, as 41% surveyed do not offer a wine list.
Paul Waller of Crown Cellars said that while wine in the on-trade has “developed and evolved significantly in the last decade”, there is “still some way to go to catch up” with other drinks as well as customer expectations.