Brewers from a dozen Scottish breweries gathered at Glencoe’s Clachaig Inn earlier this month for an informal discussion on issues facing the trade – and to taste a few beers. 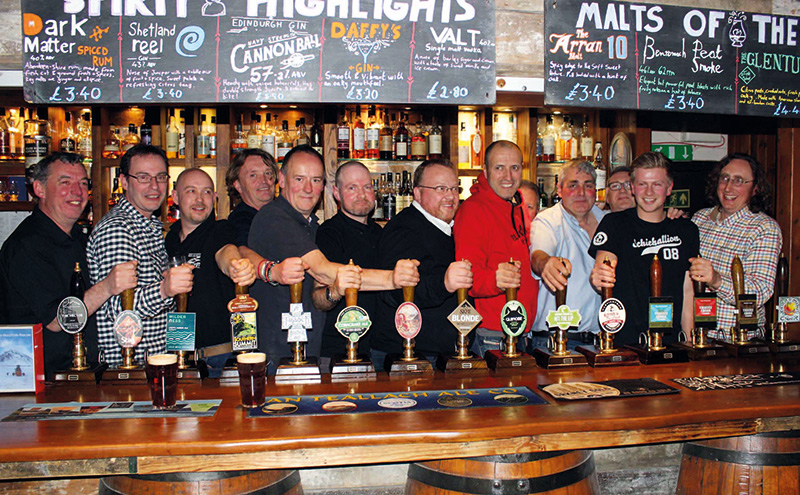 Producers represented at the event included Cairngorm Brewery, the Isle of Skye Brewing Co, the Orkney Brewery, Loch Lomond Brewery, Loch Ness Brewery, River Leven Ales, The Cromarty Brewing Co, Black Wolf Brewery, Thistly Cross Cider, Harviestoun Brewery, Williams Bros and An Teallach Ale Co.
The evening’s main event was a blind taste test with each brewery invited to provide a beer. The An Teallach Ale Co topped the taste test, with the brewer’s The Hector stout named best beer of the evening.
Brewers also provided presentation packs and samples of their products for a charity raffle, which raised £210 for Glencoe Mountain Rescue.
Clachaig Inn GM Gordon Keppie said the event was a “resounding success”.
“The real success of the evening was simply bringing everyone together so that for one evening in the year at least there was an opportunity to simply meet up and chat,” said Keppie.
“An excellent evening and by all accounts one that we’ll have to repeat again”.