IT’S the biggest spirits category in the on-trade – but although vodka continues to outsell its rivals, producers aren’t standing still as the wider trend for all things premium and small batch makes waves in the vodka market.
The firms behind some of the best-known vodka brands in the on-trade reckon demand for premium spirits is on the up among vodka drinkers, and say there’s a chance for licensees to pick up some more sales as a result.
Sam Bovill, senior brand manager at William Grant & Sons UK, the firm behind Reyka vodka, quoted the firm’s market report for 2015, which suggested a shift in the vodka market. 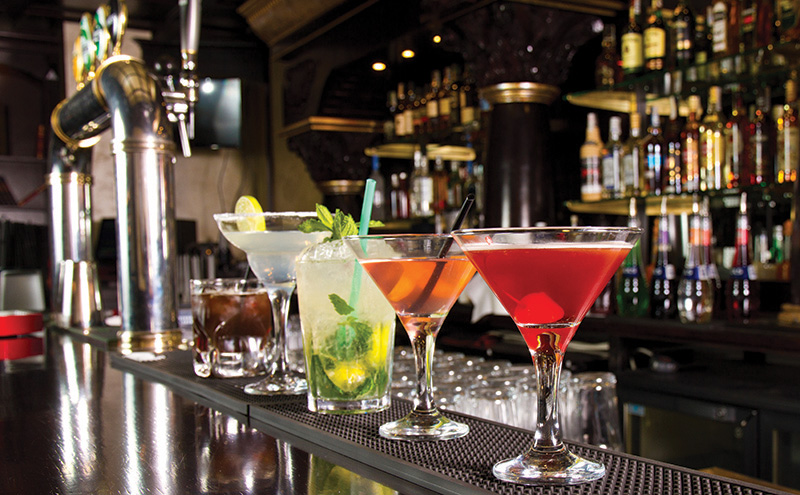 The report found growth in premium spirits “as [customers] adopt a more premium and craft repertoire” when visiting the on-trade.
“At a total on-trade level, we have seen a growth in the number of premium vodka brands – we now see premium vodka stocked in 35% of on-trade outlets,” said Bovill.
With this in mind, he said it’s now vital for pubs and bars to stock premium vodka.
“A well-balanced back-bar offering now requires a premium option, as more consumers continue to look for high quality and innovative brands to enhance their on-trade experience,” he said.
David Beatty, Diageo Reserve brand ambassador for Ketel One vodka, agreed that premium vodkas have become more prominent in the on-trade.
“There has recently been a boom in artisanal spirits,” said Beatty.
“Vodka is a longstanding favourite in the UK, and premium vodka is performing extremely well in the category at the moment.”
Publicans who want to get all they can from their vodka range should “ensure they stock a diverse and interesting product range”, according to Beatty, who suggested offering a selection of spirits that appeals to a wide audience, without confusing customers.
“It’s important not to overwhelm the range with products left collecting dust on the back-bar,” he said.
“If your staff are knowledgeable and personable you can feel confident that an eclectic array of brands will not only be seen by customers, but tasted too.”
It’s not just premium vodkas that will stand out.
Exciting serves can also do the job of generating interest in a vodka range, according to Beatty at Diageo Reserve, who encouraged bar staff to experiment.
“To help attract customers and maximise vodka sales, bartenders should ensure they’re experimenting with premium spirits to create innovative and interesting serves,” he said.
Katie Warren, group marketing manager for Beluga Vodka, agreed that exciting serves can help drive vodka sales in the on-trade.
“Vodka is used in thousands of cocktails that vary in flavour, ingredients and style so there really is a vodka cocktail for everyone,” she said.
Warren said that vodka is an ideal spirit for bartenders to use in a variety of serves that range in complexity.
“The versatility of the spirit means that consumers are able to enjoy the drink in a cocktail, with a mixer or just for sipping,” said Warren.
Whatever the serve, it’s important publicans keep up appearances in their outlet, according to Sarah Browne of Smirnoff owner Diageo GB.
“Your back-bar is essentially your shop window, so use this space wisely and effectively,” said Browne.
“Spirits should be grouped together and displayed in an inspiring and highly visible way, and all clutter should be removed.
“Displaying mixers and garnishes, such as fresh fruit, near your spirits evokes a sense of quality and inspires consumers to order a spirit-based drink.”