The Carmelite hotel booked its place in the Best Bar None national finals when it was voted Best of the Best Overall at the Aberdeen regional awards last month. 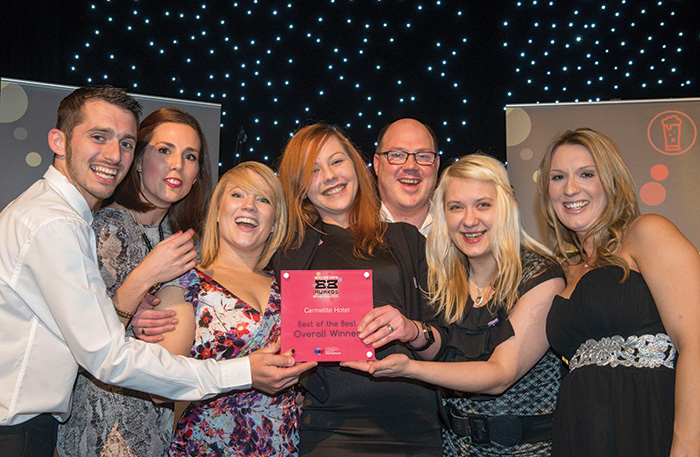 The venue, which also won gold in the hotel bar category, was one of 40 venues from across the city which qualified for awards in six categories.
Carmelite owner Gerry Atkinson said he was delighted by his team’s success (pictured right), adding that he “firmly supports” the aims of the Best Bar None scheme.
Meanwhile, Hemma Bar in Edinburgh was named overall winner in the capital’s Best Bar None awards last month.
A total of 42 venues received accreditation at the fifth annual awards presentation in the capital. Category winners included Silk, Espionage, The Three Sisters, The White Lady and the Black Rose Tavern.