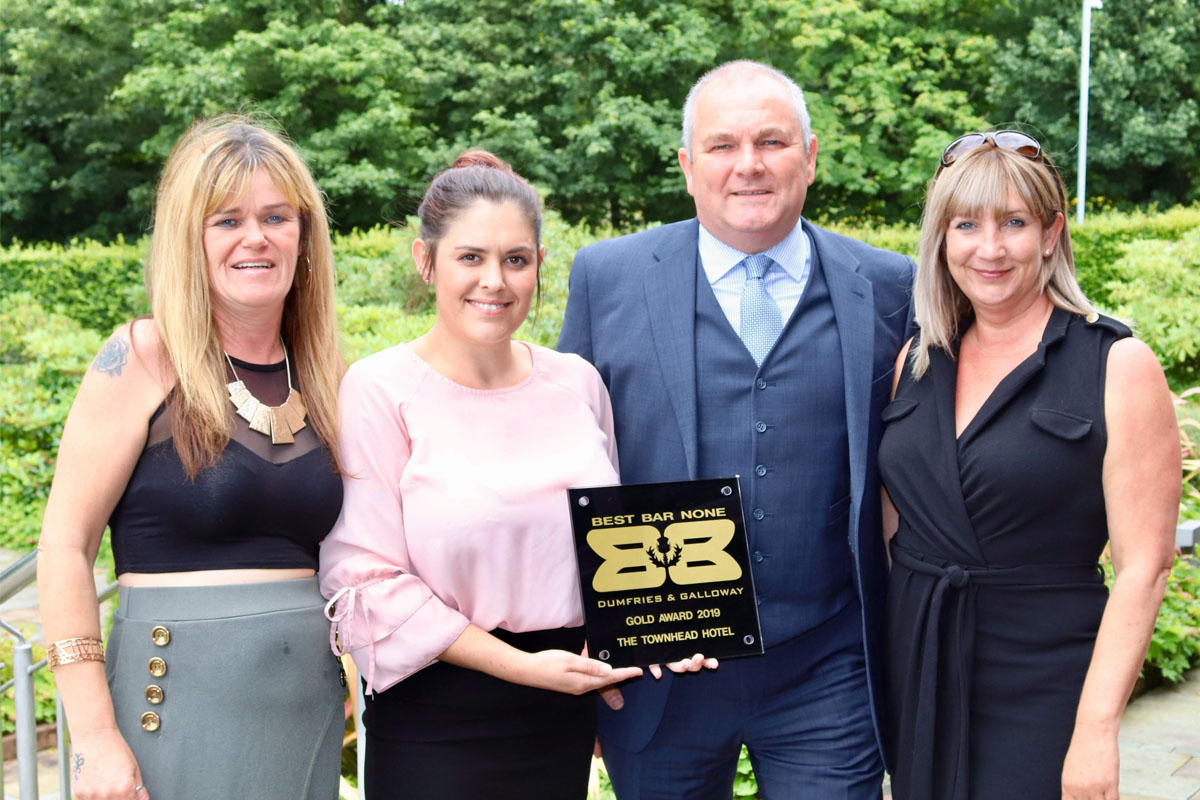 THE teams behind seven licensed premises in south west Scotland have been awarded for their responsible operating.

On-trade initiative Best Bar None, which promotes venues that improve safety, management standards and sustainability, held an awards ceremony for the successful venues in the region at Dumfries’ Easterbrook Hall.

Coming out on top were The Townhead Hotel in Lockerbie, Annan’s Back to the Buck and The Shed and The Crown Hotel in Lochmaben; the four venues earned the scheme’s highest honour in the form of gold awards.

Three venues from Dumfries were also honoured as the town’s Granary and The Robert the Bruce picked up silver awards, while The Barrel lifted a bronze award.

Scott Jardine, the local Best Bar None co-ordinator, said: “I’d like to congratulate all the local winners on their success. All have shown a strong commitment to raising standards and improving safety in their venues.

“We’ve reinvigorated the scheme this year and are encouraging premises around Dumfries, Annan, Lockeriebie, Lochmaben and Stranraer to sign up.”