Diageo has expanded its range of Guinness craft beers with the launch of Hop House 13, a double-hopped lager brewed as part of the firm’s The Brewers Project at St. James’s Gate, Dublin. 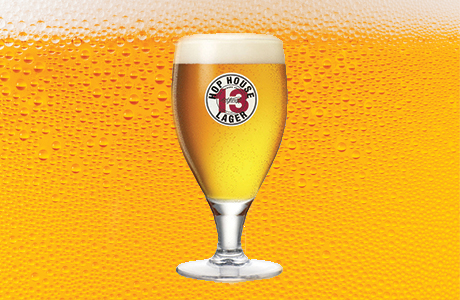 The new lager is made from Irish barley, Guinness yeast and aromatic hops from both Australia and the USA; brewers use Galaxy and Topaz hops from Australia and Mosaic hops from the US, which are said to give the beer a “sweet fruity aroma, with hints of apricot and peach, and subtle malt notes breaking through”.
“I personally enjoy more flavoursome beers, so I wanted to make a lager with lots of character and flavour,” said Guinness brewer Peter Simpson.
“After some months of exploring different recipes and collaborating with other brewers at St. James’s Gate, we created Hop House 13.”
Hop House 13 has been introduced in the UK as a draught product in selected Greene King and Stonegate pubs, and in a packaged format available through wholesale channels.
Diageo’s The Brewers Project range comprises Guinness Dublin Porter, Guinness West, Hop House 13 and Guinness Golden Ale, which launched in April of this year.
Nick Curtis-David, head of innovation for Guinness, said the new lager “embodies our passion for brewing, quality and innovation”.