Argument that licence cost should reflect sales is welcomed

A Call for supermarkets to pay more for a licence has been welcomed by the Scottish Licensed Trade Association (SLTA).Paul Waterson, chief executive of the trade body, said the comments from former justice secretary Kenny MacAskill were “a welcome intervention”, claiming that the current system, under which premises licence fees are based on rateable value, is “unfair and flawed”. 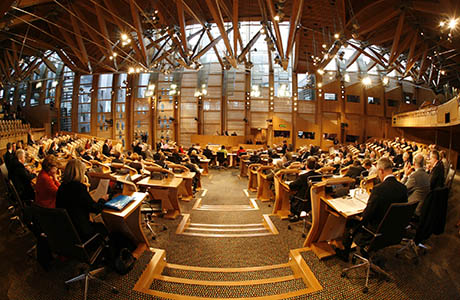 MacAskill, who was cabinet secretary for justice between 2007 and 2014, spoke out after NHS Health Scotland’s ‘Monitoring and Evaluating Scotland’s Alcohol Strategy’ report, published at the end of August, revealed that 72% of the alcohol sold in Scotland in 2014 was through the off-trade.
Writing in The Herald newspaper last week, MacAskill said “action needs [to be] taken to address the shift in consumption to the off-sales trade”.
“The consequences of abuse are stemming more from off rather than on-sale consumption,” he said.
“Yet, over recent years, the emphasis on targeting the abuse of alcohol has been placed on the on-sale trade. In the main, though, it is well run and tightly regulated.
“The cost of a licence should reflect sales and consequent harm. It’s ridiculous to have a well-run hotel paying the same price for a liquor licence as a major supermarket retailer.
“The current levy imposed on major outlets by the Scottish Government, while welcome, does not address the underlying issue of volume sold.
“The criteria should not be rateable value but the amount of alcohol retailed.
“Those who sell the most should pay the most; and the revenues used to address the harm caused.”
The current licence fee structure for all premises is based on rateable value and comprises six bandings; the initial licence fee ranges from £200 to £2000, while the annual fee is between £180 and £900. Boards can set their own fees up to these maximum levels and the system is intended to be self-funding.
A steering group set up to review the licence fee structure in 2014 failed to reach a consensus on an alternative approach.
SLTA chief executive Paul Waterson welcomed MacAskill’s latest intervention, saying the current model is “unfair”.
“The fundamental flaw is that it uses rateable value and that is unfair on pubs because of how we are rated – that’s what creates the imbalance in it all and is why some pubs are paying the same for a licence as the big supermarkets,” he said.
“Kenny MacAskill’s comments are very welcome. It’s only right that those who sell the most should pay the most.”
A spokeswoman for the Scottish Government said: “We have no immediate plans to change the current alcohol licence fee structure.
“An independent review of the licensing fee system in Scotland was carried out in 2014 and we have taken forward the recommendation that licensing boards should have a duty to report their fee income; that was included in the recent Air Weapons and Licensing (Scotland) Act 2015.”