Bar and restaurant group Drake & Morgan has unveiled plans to open its first venue outside of London at a new site in Edinburgh next autumn. 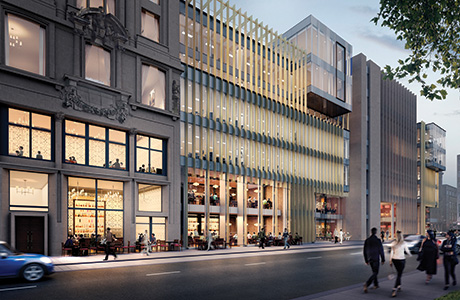 The group confirmed it will open an outlet in the £75 million office development at St Andrew Square. Drake & Morgan currently has a portfolio of eight venues in London with a ninth scheduled to open in September.

Dylan Murray, director of operations at Drake & Morgan, said: “We are extremely excited to be opening our tenth site in Edinburgh – where our founder Jillian MacLean has lived and worked. She is delighted to be returning to her roots with the brand she started back in 2008.

“The new bar and restaurant will be an extension of that same brand but will have its own distinct personality and character befitting of its location. Edinburgh is one of the most exciting cities in the UK, having been completely revitalised in recent years and now laying claim to a booming hospitality industry.”

No change to COVID restrictions levels this week

The Adamson gives thanks