Fashion isn’t the only thing that’s  changeable among young adults – they are said to be more likely to switch between brands and categories than other age groups.

And while money may be tight for many young adult drinkers, it seems they are not willing to sacrifice quality. 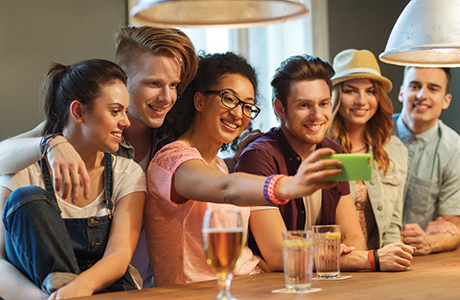 “That doesn’t mean offering cheap drinks, but rather adding interest – the boilermaker serve, a craft beer with a bourbon on the side, is a good example,” he said.

“Young adults are, in the nicest possible way, promiscuous. They switch easily between brands and even categories, such as moving from craft beer to spirits as the evening moves on.”

Young adults don’t just shift through drinks categories, but also countries of origin, according to Andrew Turner at Heineken UK, who said today’s drinkers are more “widely-travelled” than previous generations.

“[Young adult drinkers] often recognise and appreciate beers from their holidays or from social media channels, making them keen to sample premium beer brands from further afield,” he said.

Today’s young adult drinkers aren’t just more widely travelled than their predecessors, they may also be more health conscious – a trend to which many drinks firms have responded with the introduction of lower ABV variants.

Diageo extended its Smirnoff Ice RTD range last year with the launch of Smirnoff Ice Double Black with guarana and soda, to meet what the firm sees as a growing demand among young adults for lower alcohol drinks.

Julia Bramham, marketing director of Smirnoff for Western Europe, said the variant was created “in response to the growing trend of consumers demanding great tasting, lower ABV drinks at an affordable price”.

“Soft drinks play a huge role for licensees whether served with or without alcohol, used more traditionally as a mixer, or as part of a more creative serve such as a mocktail,” said Cater.