Pubco reform campaigners have welcomed a Scottish Government pledge to investigate the impact of the beer tie in Scotland.

Speaking at the Scottish Parliament last week, business minister Fergus Ewing said the beer tie is “a complex issue, which needs to be carefully examined to determine whether there is robust evidence to support any change”. 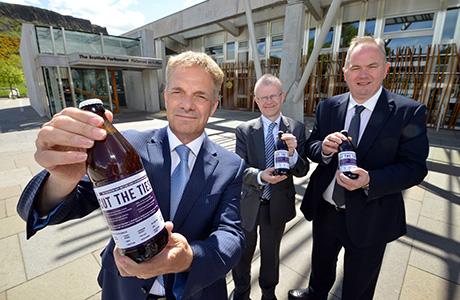 He announced that the Scottish Government will commission in-depth research into the Scottish pubs market “to see whether the tied sector are being treated more unfairly than other parts of the industry”.

Speaking to SLTN, longstanding pubco reform campaigner Lynn Adams, who runs Hamilton pub The George, said she was “particularly delighted at the cross-party support for the issue”.

“Also, having been in the gallery of the parliament to listen to it, I was particularly heartened by the [enthusiasm] from members of all parties for pubs, small businesses, small breweries, the employees and the staff,” she said.

“The wealth of support for tied tenants was unbelievable, it was really incredible.”

He added that the trade group is “encouraged by the decision to analyse the evidence, which is already overwhelmingly strong”.

The SLTA has been part of a coalition of organisations and businesses campaigning for change to the tied model in Scotland.

John Gilligan of Tennent Caledonian said: “The fact that the issue oftied pubs is gaining support from across all Scottish political parties is very positive.

“It shows that there is an appetite for change across the board and I’m hopeful that enthusiasm will help to stimulate action as quickly as possible.” 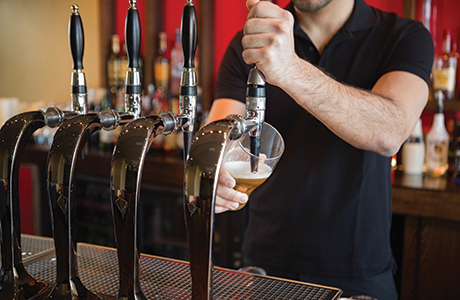 The Scottish Beer and Pub Association (SBPA), which represents brewers and pubcos, also welcomed the research, but added that “any proposals for Scotland must work for Scotland”.

“As highlighted by the Scottish Government, the Scottish pubs market is markedly different from that in England with just 17 per cent of pubs operating under a beer tie, compared with 40 per cent in the UK as a whole,” said SBPA chief executive Brigid Simmonds.

“SBPA estimates show £20 million was invested by pub companies in their tied estates in Scotland over the last two years.

“This included developing more than 250 pubs, at an average of £40,000 per project, on top of ongoing maintenance and repairs in hundreds of others.

“It is important that this investment is protected.

“There is a wide range of Scottish beers and other products available to Scottish tied tenants.”