As well as growth in numbers, the firms behind these niche brands say the popularity of small batch vodkas is also on the rise.

As with food and drinks categories like craft beer, consumer interest in the provenance of spirits like vodka is growing; and producers say operators who stock vodka brands with strong heritage and an interesting story behind them stand to reap the rewards. 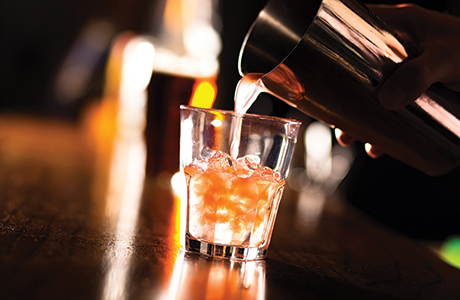 “There is an increasing variety of vodka in the market with true provenance, as they are being distilled on the farms where the ingredients are grown, said Iain Stirling, founder of Arbikie Vodka – a ‘super-premium’ vodka made using potatoes grown at the Arbikie Highland Estate.

“As a family business, we grow our own crops, distil, mature and bottle all of our super-premium spirits on our farm in Angus.”

Caroline Jarron, co-founder of Ogilvy Spirits – the firm behind Scottish potato vodka Ogilvy, agreed that interest in the provenance of ingredients used in spirits is growing.

“There is a huge variety for vodka consumers at various price points,” she said.

“We have had to work hard to create a product that stands out from the crowd. We wanted to buck the trend of neutral varieties designed to be consumed with a mixer and create a super-premuim spirit that can be savoured on its own.

“We have developed a sipping vodka with lots of character and mouth-feel.”

Small batch vodkas are just part of a category that’s said to be performing well in Scotland’s pubs and bars.

Diageo, whose vodka brands include Ketel One and Smirnoff, said vodka is going from strength to strength in the on-trade, adding that spirits represent a “big profit opportunity” for operators.

“Scotland is a vodka nation – vodka holds a 34% share of all spirits sold in the Scottish on-trade, compared to blended whisky at 13% and gin at 7%,” said Catherine Conaghan,
head of trade relations, Scotland, at Diageo.

“Smirnoff alone holds a 67% share of the vodka market in Scotland, and accounts for 23% of all spirits purchased in Scotland – that’s almost one in every four spirit purchases.

“In the lead up to summer, there’s a great opportunity to drive spirit sales even further with the promotion of new summer serves and product innovations, like the new Smirnoff Ice Double Black.”