DRINKS giant Diageo has bolstered its portfolio with a raft of new products, including a white rum, cider and an ale. 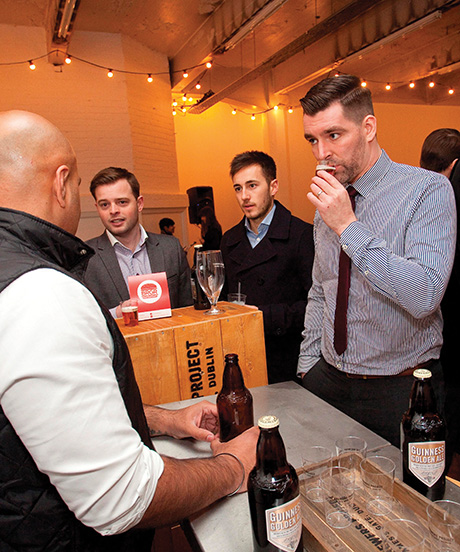 Diageo said the new products, which are being rolled out from this month, aim to bring “excitement and invigoration” to the market over the spring and summer months.

New Guinness Golden Ale, which is available in bottles,  is described as “beautifully balanced with a distinctive golden hue”. The ale joins Guinness West Indies and Guinness Dublin porters in the brand’s Brewers Project initiative, which launched last September.

Pimm’s Cider Cup, meanwhile, combines Pimm’s No 1 with British cider and a blend of Pimm’s strawberry and cucumber flavours. It’s designed to be served in a pint glass over ice.

Other new products unveiled by Diageo last week include Captain Morgan White Rum; flavoured vodka Cîroc Pineapple, which joins five other flavoured variants in the portfolio; and new RTD Smirnoff Ice Double Black with Guarana, which has an ABV of 4.7%. The drinks giant has also launched two new frozen drinks: Pimm’s Summer Crush and Gordon’s Frozen Cooler, which is said to have a “complex taste profile” of apple and elderflower flavours.

Andrew Cowan, UK managing director of Diageo, said the new products are the result of the company’s commitment to “driving drinks industry growth through innovation”.

“We recognise that innovation needs to be at the heart of our commercial strategy, and at Diageo we want to grow our business by getting people to drink better, rather than more,” said Cowan.