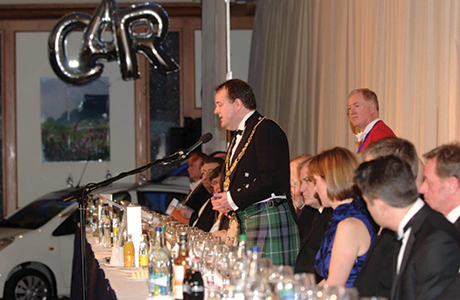 A RECORD 1010 people attended the annual Ben Dinner earlier this month, raising around £90,000 for the licensed trade charity.

Ben president David McGowan (pictured) told guests at the event, which was held in Glasgow’s Thistle hotel on February 5, about the work done by The Ben to help those in the trade who have fallen on hard times. McGowan was followed by after dinner speakers Bill Copeland, a former lawyer, and sheriff Lindsay Wood.

Ben chief executive Chris Gardner hailed this year’s event a success. “The Ben Dinner is not only important to the charity but to all the companies who support it as it gives them a great place to meet potential clients and the networking is key to the success of the event,” she said.