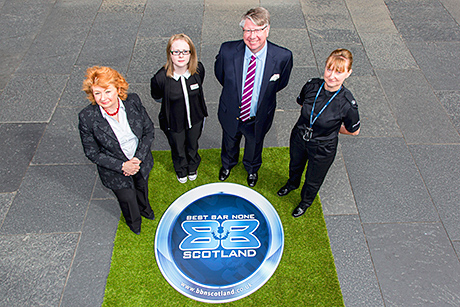 MAXXIUM UK has signed up as the fifth major drinks company to support the Best Bar None scheme in Scotland.

The distributor joins Diageo, Molson Coors, Heineken and Tennent’s in backing the scheme, which recognises responsible business practices in the licensed trade.
Jim Grierson, on-trade director of Maxxium UK, said the move will build on the firm’s commitment to social responsibility.
Maxxium’s support came as Belhaven Pubs confirmed 90 of its managed outlets in Scotland will take part in the scheme. Edinburgh’s Grassmarket area has also joined Best Bar None, with 16 outlets signing up to the initiative, which already operates in Leith.
Eric Milligan, convenor of Edinburgh’s licensing board, said: “The Best Bar None scheme is a great way to reward responsible licence holders and has been very successful as a pilot project in the Leith Walk area of the city.
“It helps to cement new positive and constructive relationships between licensed premises, the licensing authority, the police and the local community.”

Image – Best Bar None has come to the Grassmarket.