Range of independent bottlings offers a point of difference in Ayrshire 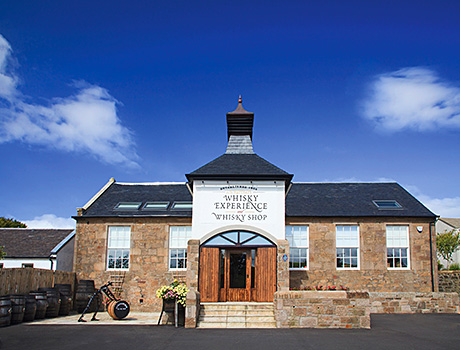 AS the profile and popularity of Scotch whisky continues to grow, a business in Ayrshire is aiming to differentiate itself by offering customers whiskies it says can’t be found in the local supermarket – or from some specialist suppliers.

AD Rattray, in the Ayrshire village of Kirkoswald, is an independent whisky bottler and supplier, shop and ‘whisky experience’ – a visitor attraction offering tastings from its extensive collection of malts.
Dealing with spirit from more than 70 different distilleries, the business releases its own bottlings of single malt (and single cask) whiskies as well as its own blended Scotch.
Raphael Marinoni, who heads the retail side of the business on behalf of owner Tim Morrison, said the company aims to offer whisky that customers will not be able to find elsewhere.
“The majority of our own products are limited edition single cask whiskies,” he told SLTN.
“We have around 70 different distilleries currently in the shop. Some of them are our own bottlings and the rest are distillery editions.
“But I stay away from anything you can buy in the supermarkets. They [the whiskies] are not rare – we try to cater to every purse and every palate and taste. The only reason I’m reluctant to take anything on I can buy in Asda and Tesco down the road is the supermarkets sell them as a loss leader.”
Marinoni was keen to point out that this does not limit the company in terms of its range, however.
“All the distilleries are there – I have the Glenmorangies, the Glenfiddichs, the Balvenies, but just not the expressions you would be able to buy in a supermarket,” he said.
Located in a renovated former schoolhouse in the village, AD Rattray opened the retail and whisky experience sides of the company in December 2011, but has been in the independent bottling business for over a century.
It was purchased by Morrison, whose family at one time owned Morrison Bowmore Distillers, in the early 1990s.
The company buys a range of aged and newly-filled casks from distilleries and private cask owners around the country, and is currently maturing spirit in more than 20 different warehouses throughout Scotland.

All the distilleries are there, but just not the expressions you could buy in a supermarket.

Eight casks are bottled every quarter, with bottles then distributed internationally to markets that include the United States and Asia.
Some of this international flavour is also evident in Kirkoswald, where customers include whisky tourists staying at nearby hotels and B&Bs.
“The UK is still, in terms of single malt and single cask whiskies, a little bit behind,” said Marinoni.
“It is more abroad that is into single malts and in particular single cask whisky.
“People in Germany, the Netherlands, Belgium, Sweden – I’m surprised sometimes by how much they know about specific casks. They phone or email, asking for particular cask numbers they’ve read about and they’re trying to get their hands on.”
However, the customer base isn’t just comprised of whisky tourists.
Trade customers include Glasgow bars The Ben Nevis, Stravaigin and The Lismore as well as retailers The Good Spirits Company (Glasgow), Royal Mile Whiskies (Edinburgh) and Perth-based online retailer Exel Wines.
“A lot of our stuff does go to sunnier climates – the States, Asia, Denmark, Belgium,” said sales manager Iain Croucher. “But the Scottish market is very important to us.”
Locals also account for a sizeable share of sales, as well as attending regular tastings hosted by a representative from a different distillery every month.
Marinoni said he has noticed an increased interest in whisky in recent years – particularly amongst younger customers.
“I don’t know if it’s because the world is becoming smaller so they go to different countries and see how much of their national drink is consumed there, or if it’s that they’re seeing whiskies on TV and in magazines – the companies are actively advertising single malt whiskies now,” he added.
“It’s definitely changing in the UK.”
AD Rattray’s whiskies range from its house blend, at £17.99 a bottle, to a Glenglassaugh 1966 at £1500. 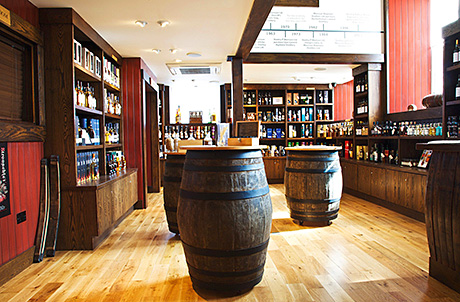 Image – The whisky shop at AD Rattray was opened in 2011 and stocks whisky from more than 70 different distilleries.