Spirit remains biggest-selling in Scotland – and one brand still dominates 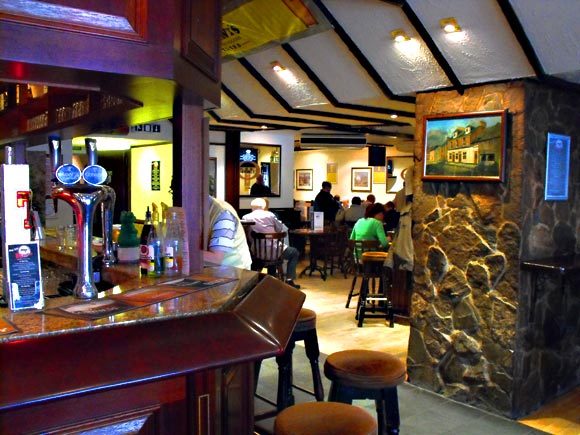 DESPITE the rising popularity of rum and whisky’s apparent return to form, vodka remains the most popular spirit in the UK on-trade by a clear margin.

According to the First Drinks Market Report, released earlier this year, vodka accounts for 36% of all on-trade spirits sales, and SLTN’s own brands review, published last month, reported that the category in Scotland is in growth, reaching a value of £229m in the last year.
Operators contacted by SLTN backed this up, with each confirming that vodka is the top-selling spirit in their pub.
And within the category, Smirnoff continues to reign supreme.
John Black, owner of the Fort Hotel in Broughty Ferry, said a past effort to stock an alternative had proved futile.
“We used to stock two brands of vodka,” he said.
“We used to have a house vodka and we used to teach the staff to use it whenever anyone asked for a vodka.
“As soon as you served it you’d get ‘I wanted Smirnoff’.
“It got annoying more than anything else.
“I would say nine times out of ten our clientele prefer Smirnoff so it got to the point there was no point in stocking the other one.”
Siobhan Allan, assistant manager at No.2 Baker Street in Stirling, said vodka tends to be more popular with her customers at the weekends than during the week.
And Smirnoff Red dominates vodka sales in the pub, despite the back bar also including Absolut, Russian Standard and Vladivar as well as some of Smirnoff’s flavoured vodkas.
However, deals can help to lure customers away from the category number one.
“Because we’re a regulars’ pub, people tend to know what they want,” said Siobhan.
“The same people order the same things every weekend, I find. But they can be swayed by offers.”
Tastes can also vary by age, according to Gerry McGarrigle, manager of The Woodpecker in Lanark.
The pub stocks a range of vodkas, including Red Square, Grey Goose, Stolichnaya, Finlandia and Absolut as well as Smirnoff, and Gerry said his younger customers are the ones most likely to experiment.
“I would say the younger age range would be more inclined to pay for the premium – customers in their early to mid 20s,” he said.
“The older ones that come in are quite happy just to stick with Smirnoff.”
Despite the continued popularity of the Smirnoff brand, Gerry said customers in general are more willing to experiment with new brands.
“People are far more open-minded than they used to be,” he said.
“I’ve been in here 25 years and there have been massive changes.
“You used to sell vodka on optic and that was it.”
Flavoured vodka is one area that appears to be growing throughout the trade.
According to the First Drinks report, the category increased its value in the on-trade by 103% over the last year, and the operators contacted by SLTN were all stocking flavoured products.
At the Woodpecker, Gerry said Absolut Raspberri had proved popular after a promotion highlighted it as a cocktail base, while John at the Fort Hotel said female customers have been adopting the flavoured Smirnoff vodkas as an alternative to alchopops.
Stephen McBride, manager of The Dolphin in Glasgow, said flavoured vodkas are also proving popular with women in his pub.
And he reckons consumers have been reassured by a brand they recognise.
“I think the reason the flavoured vodka goes down well is because it’s Smirnoff,” said Stephen. “I think that’s a big factor.
“It’s a Smirnoff brand, a quality brand, and so people are used to it. Customers tell me they can tell the difference between Smirnoff and other brands.” 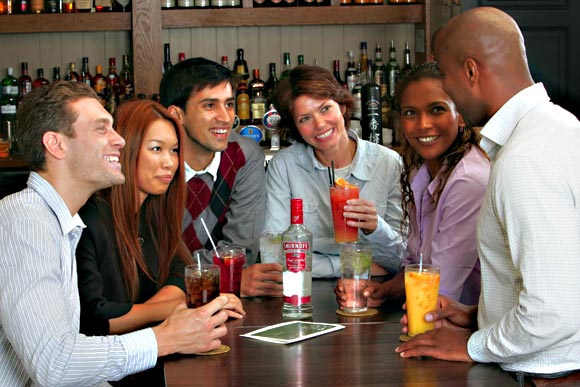 Size of market: The total value of on-trade vodka is £1.4bn, with pubs and clubs accounting for £1.2bn of this. Blended Scotch is the second-largest spirits category, with a value of £417m.

Changes: In the last year on-trade sales of vodka have dipped by 2%. However, flavoured vodka sales grew by 103%.

Top players: Smirnoff Red is Scotland’s top selling spirit and the top vodka by a clear margin. Absolut was the second-largest vodka in the Scottish on-trade over the last year, followed by Glens, Vladivar and Russian Standard.