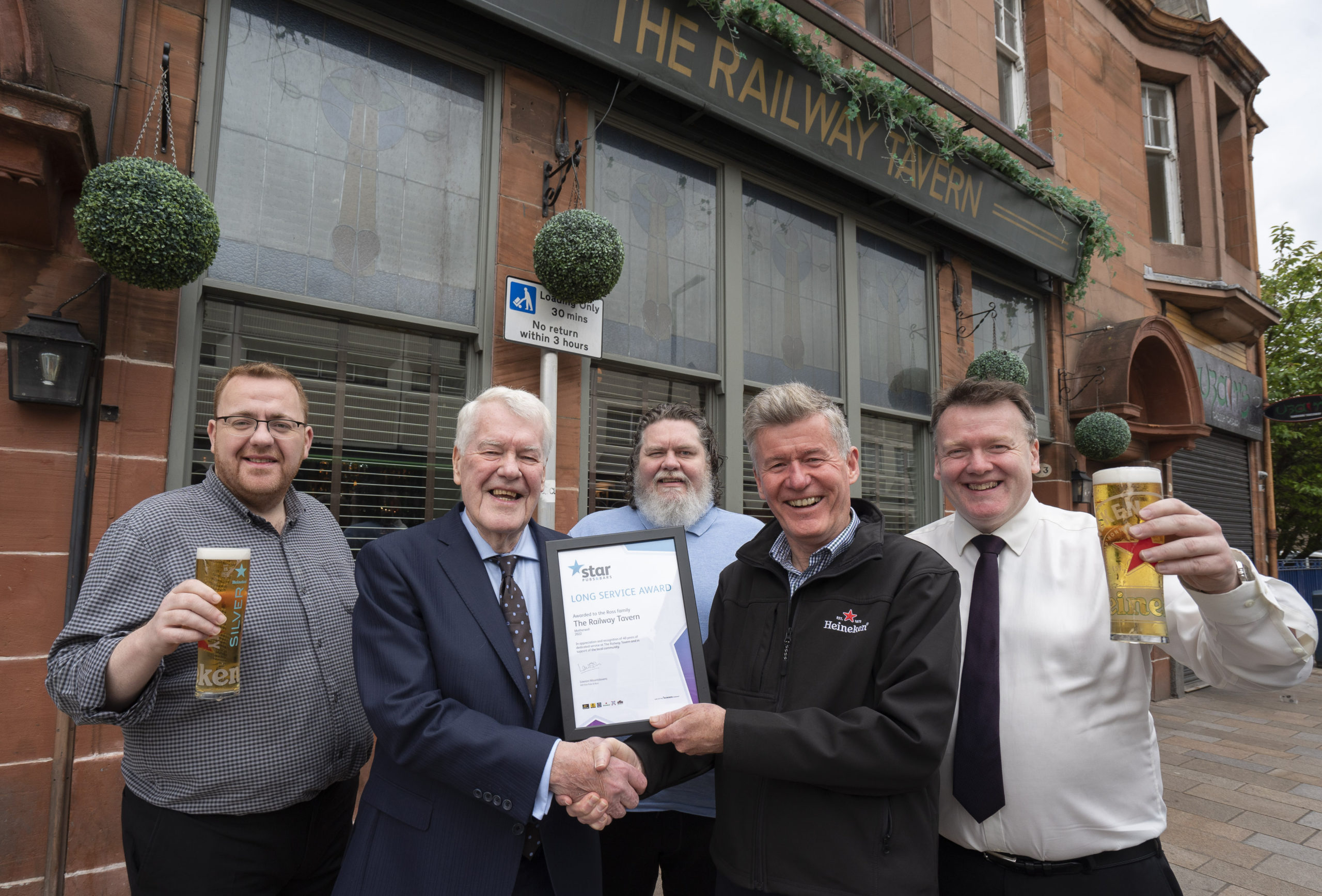 A FAMILY of Motherwell publicans has celebrated their 40th anniversary at the helm of their pub with an award from pub company Star Pubs & Bars.

Pat Ross took on the lease of The Railway Tavern in 1982. Over the past four decades he and his family have transformed the pub from a traditional boozer into a family-friendly local offering home-cooked food as well as regular quizzes, sports screenings and other entertainment.

The pub is now run day-to-day by Pat’s sons Peter, Stephen and Gary, although the patriarch continues to play an active role in the business.

The family was presented with a long service award from the pub company in recognition of their contribution to the town over the past 40 years.

“With all the restrictions and closures, the last couple of years have been the toughest we’ve had since 1982,” said Peter.

“We can’t thank local people enough for all the support they’ve given us; it helped see the pub through.

“We’ve met so many fantastic people at The Tav. It’s a great joy to serve the residents of Motherwell and be part of their lives. The pub has changed out of all recognition during our time – some of the old boys from the 1980s wouldn’t believe what goes on here now, with customers drinking cocktails and paying via their watches and phones.

“Some things remain the same though: it’s still the customers that make The Tav what it is and give it such a brilliant atmosphere. And, although people’s habits and lifestyles in 2022 are completely different to 1982, the pandemic has shown that the pub is needed as much as ever as a meeting place for the community.”

Tom Reilly, area manager for Star Pubs & Bars, said the Ross family “are the archetypal great licensees and have made The Railway Tavern a warm, welcoming local as well as an asset to the town”.