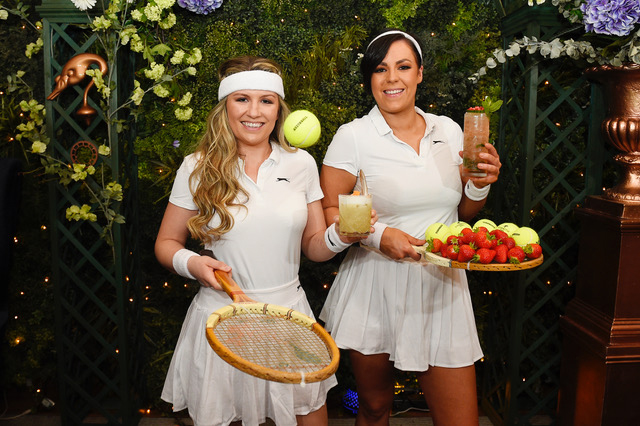 EDINBURGH venue Tigerlily will be in the Wimbledon spirit next week as it hosts Sipsmith’s Wimbledon Garden.

The tennis-themed pop-up, in Tigerlily’s Green Room, is offering a limited edition cocktail menu and afternoon tea to customers. It will operate until mid-September and is the only official Wimbledon Garden venue in Scotland operated by Sipsmith, which is the official gin partner of the tournament.

Innes Bolt, managing director of the Montpeliers Group, which owns Tigerlily, said: “We’re proud to be collaborating with the official gin partner of Wimbledon 2022 to bring the official and only Scottish Sipsmith Wimbledon Garden to Tigerlily. We’re excited to offer a unique and fun experience to our customers, tying in the buzz and atmosphere of Wimbledon.”

A spokesperson for Sipsmith said Tigerlily “has become our flagship garden outside of London, ensuring that we are bringing the Wimbledon love up to the north”.

“The drinks are simply delicious and the activation itself is absolutely stunning – tapping into a quintessentially British garden look and feel, every corner of this takeover is so Instagrammable!”