Broughton and Consolidated Craft Breweries are poised to expand after merger 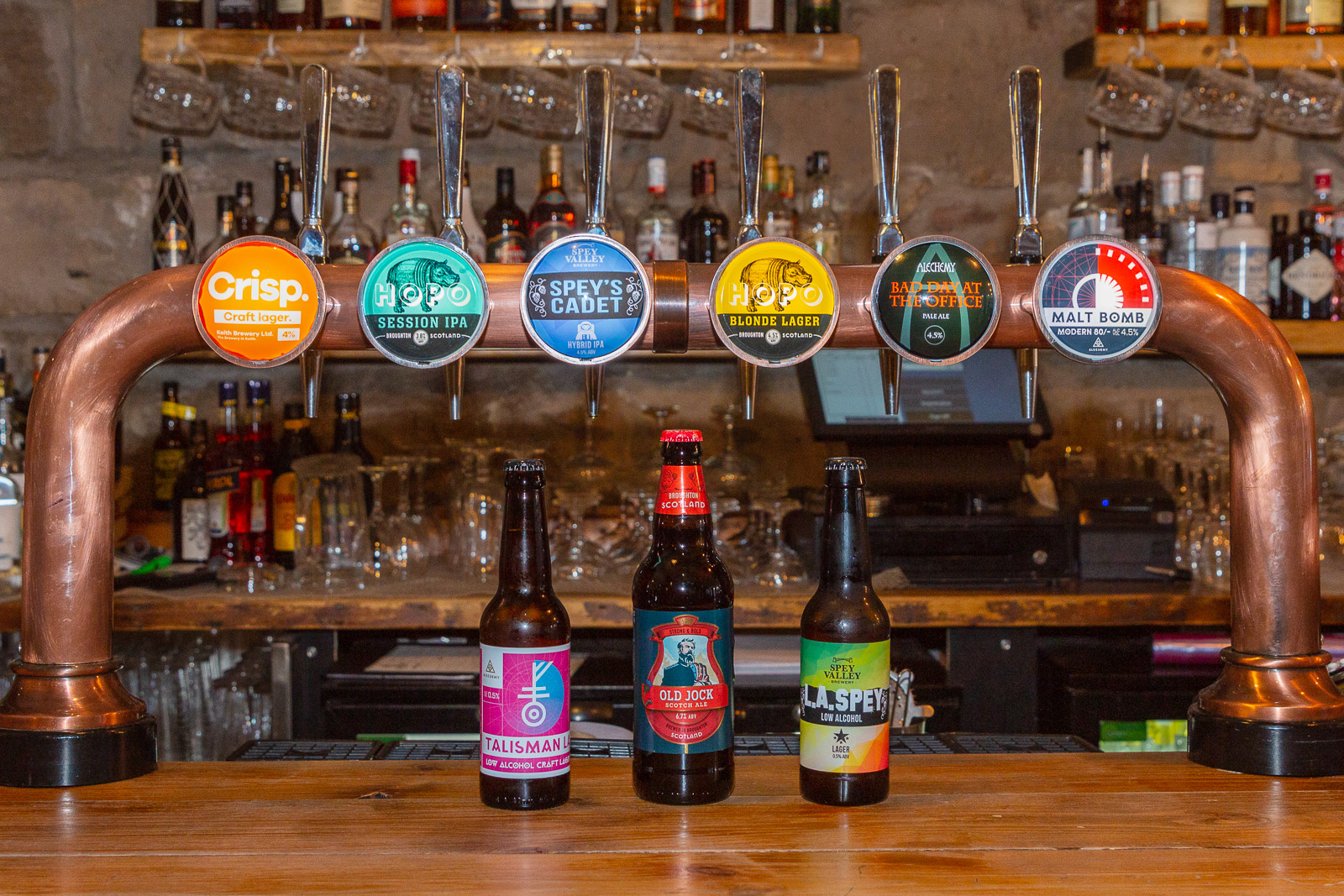 THE newly-merged Scottish beer businesses of Broughton Ales and Consolidated Craft Breweries will be well positioned to grow their footprint in the Scottish on-trade, according to one of the directors behind the new group.

The two businesses – Consolidated, owner of brands including Spey Valley, Alechemy and Keith as well as supplier Firkin Express, and Broughton, producer of Old Jock and Hopo – announced in April that they were merging their operations.

The combined entity now includes three brewing sites – at Broughton in the Borders, Keith in Speyside and Livingston, respectively – as well as facilities to keg, cask and bottle its beers.

Sales and marketing director David McGowan – who has been co-owner of Broughton Ales since 2015 – told SLTN that there was “very little overlap” between the various facets of the businesses, with each having its own strengths.

“There’s not a lot of crossover there, which is encouraging and very exciting,” he said.

“That was one of the main reasons both parties were keen to speak to each other.”

Along with McGowan, the board of the combined business includes operations director Donald Smith and finance director and group chairman Scott Carnegie, both of Consolidated Craft Breweries.

“I think if you were to go across the new group as it stands there’s probably about 35 to 50 different awards that have been won over the last ten years from all sorts of different organisations, for beer quality, for beer style, and that’s covered everything from SIBA awards to CAMRA awards to World Beer Awards,” said McGowan.

“So we’re building a pretty good platform in terms of having some fantastic liquids. And this gives us the scope to take them to a wider audience.”

Each of the company’s core brands has an established style and customer base, said McGowan.

Broughton’s Old Jock – a 6.7% ABV Scotch ale – has a loyal customer base in the off-trade, with Broughton having launched Wee Jock, a 4.4% ABV 80-shilling ale, in the on-trade a few years ago.

Likewise, the Hopo range was diversified in recent years to include beers such as a Session IPA, Proper IPA and Blonde Lager.

“Where we see that brand appealing to the trade and to consumers is it’s for people who have heard of this thing called ‘craft’ but they don’t want something that’s too edgy or too esoteric,” said McGowan.

“But, equally, they don’t want a mainstream brand either.

“That’s where Hopo Session found its own niche within the market and it’s nicely growing in distribution.”

On the Consolidated side of the fence, Alechemy’s range consists of contemporary craft beers with names such as Charisma (3.7% ABV extra pale ale), Talisman (4.8% ABV lager) and Arcana (5% ABV citra pale ale).

“Alechemy’s got a reputation for being innovative, for pushing the boundaries in terms of brewing styles with things like fruit beers and saisons and some of the more emerging sectors,” said McGowan.

“So you’ve got a nice fit in terms of where different beers appeal to different customer groups, who are looking for products that are local, that are authentic, but at the same time are well supported, efficiently brewed and efficiently packaged.”

And Spey Valley, said McGowan, is another “exciting part of the jigsaw”.

“The idea of having a brewery in Speyside and to be able to have beers in our portfolio that are brewed in Speyside and potentially looking at things like barrel-ageing and all those emerging trends is just a huge opportunity and really exciting for us,” he said.

With restrictions having eased and events resuming across the country, McGowan said the company has secured listings at a number of beer festivals.

And he reckoned the group is well positioned to grow its business as Scottish consumers opt for locally-produced brands.

“If there’s a good thing to come out of the pandemic it would be the love we see from people for local, small businesses,” said McGowan.

“It gives us that opportunity to have local, authentic products, but people know they’ve got a bit of brewing gravitas and heritage and quality behind them.”