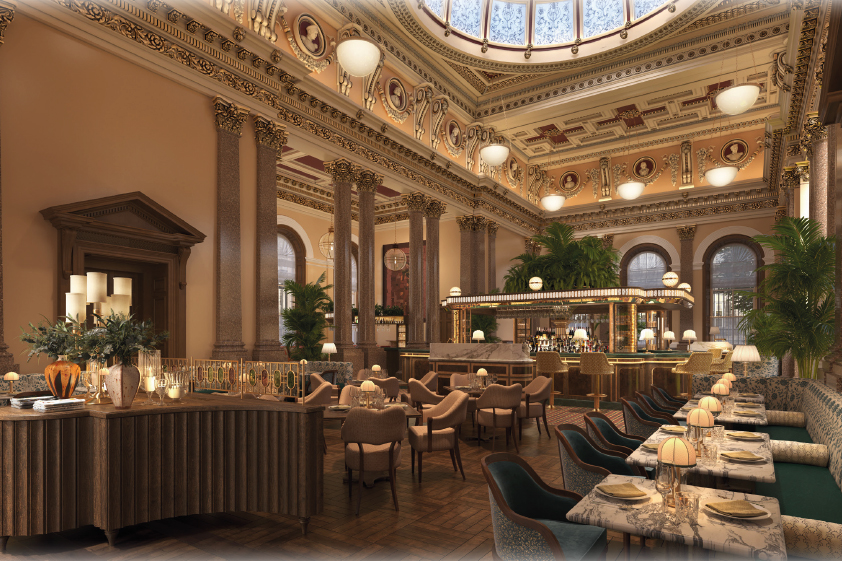 GLENEAGLES has announced that its Edinburgh Townhouse hotel will open its doors on Monday 6th June.

The 33-bedroom hotel, at St Andrew Square, will include an all-day restaurant, named The Spence – headed by head chef Jonny Wright and bar manager Stefanie Anderson – as well as several private members’ spaces, including the Members’ Lounge, Members’ Snug and rooftop bar Lamplighters.

A basement spa space, The Strong Rooms, will open later in June and feature a cryotherapy chamber and infrared sauna as well as a gym.

Located at 39 St Andrew Square, the Townhouse building was originally home to the British Linen Company before later becoming the Bank of Scotland. The redevelopment of the building by parent company Ennismore, which bought Gleneagles in 2015, has taken five years and signals the first expansion of the Gleneagles brand outside of its Perthshire home.