A HOSPITALITY industry trade group has proposed a system it says could help bar, restaurant and hotel businesses avoid having to close temporarily as a result of the so-called ‘pingdemic’.

The Scottish Hospitality Group (SHG) has created a proposed flowchart which it said operators can use to assess the risk to staff while waiting for test results from colleagues with symptoms. It categorises staff as ‘no risk’, ‘definite risk’ and ‘potential risk’ based on a series of prompts, such as vaccination history, if they have had COVID and how closely they work with others; it then provides recommend actions for each category.

The SHG has sent the proposal to the UK and Scottish Governments and is urging them to adopt is as guidance to help businesses know what to do about staff members who have not been ‘pinged’ themselves but may be close contacts of those who were.

It comes after the UK Government announced last night that supermarket depot workers and food manufacturers in England could do daily COVID testing rather than self-isolating. The Scottish Government today (23rd July) made a similar announcement, with health, social care and food supply workers who have been double-vaccinated able to avoid self-isolation if they return a negative PCR test and agree to undertake daily lateral flow tests.

SHG spokesman Stephen Montgomery said, like many other sectors, a number of hospitality businesses are being forced to close temporarily due to staff members having to self-isolate. 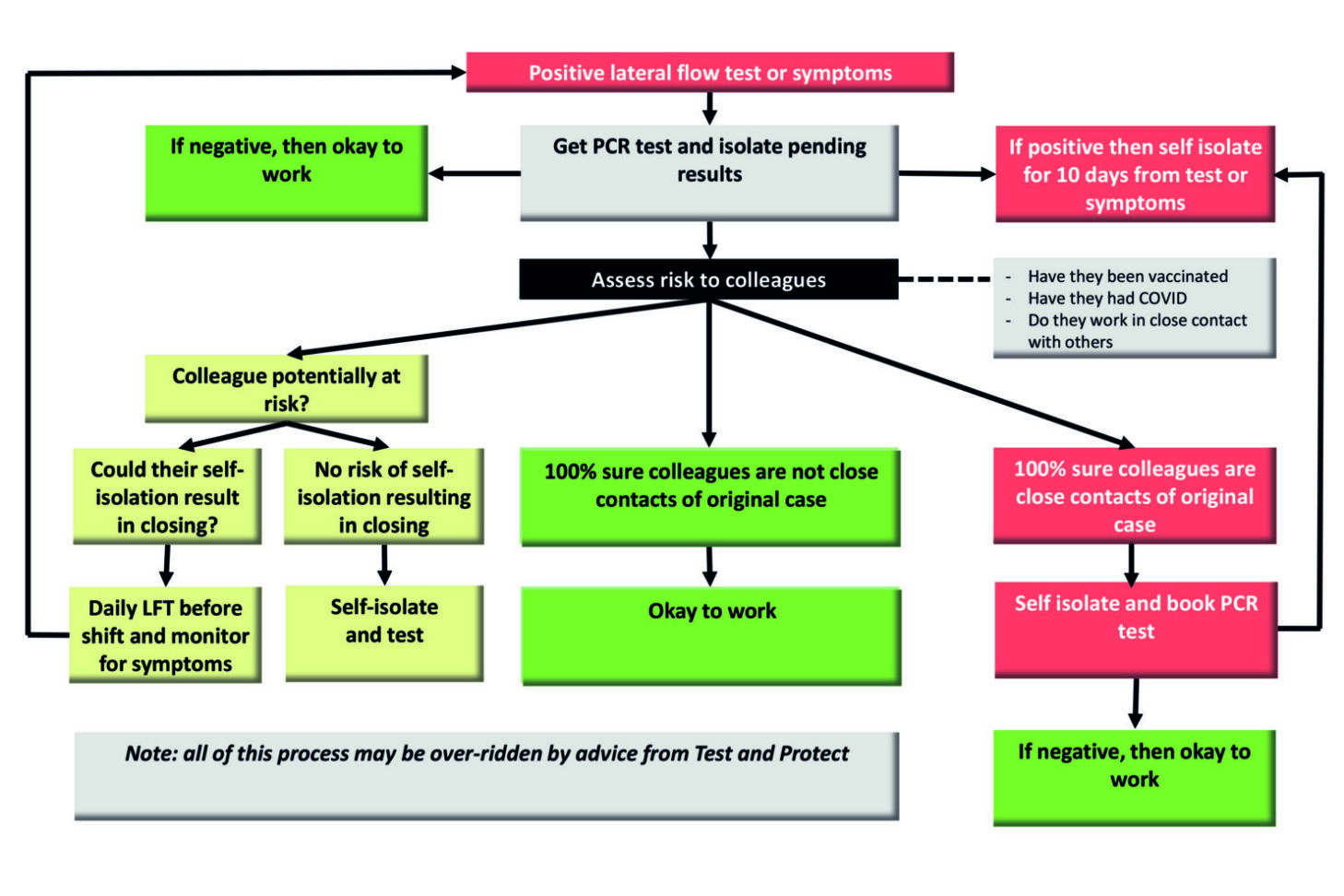 “Business owners want to do the right thing by their staff and the public, so the lack of clear, consistent guidance from both governments is really frustrating,” he said.

“The fact that we need to make decisions which affect our businesses, the health and safety of our staff and customers, means we can’t afford to sit back and wait for Test & Protect to get in touch.

“This is something that Holyrood and Westminster must take seriously ahead of restrictions easing further.

“Our proposed process may not be perfect but it’s better than the vacuum we have just now and it would allow everyone to make sensible decisions that balance jobs and health.

“As an industry, of course we agree with the principle of testing and tracing to stop transmission, but ultimately it has to be underpinned by a robust system that actually works.

“This, coupled with the staffing crisis in hospitality, is just another push into business closure, especially now that businesses are being asked to contribute 10% towards furloughed employees’ unworked wages.”