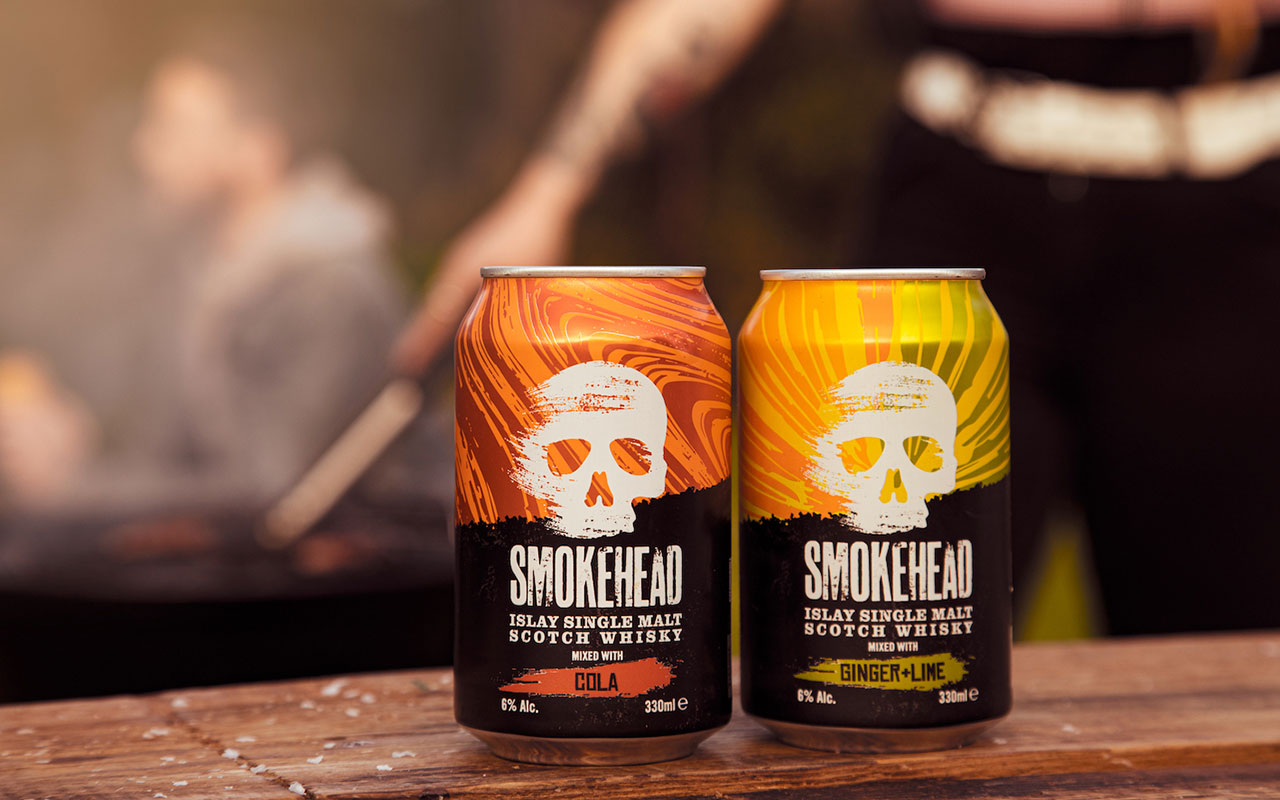 IAN Macleod Distillers is moving its Smokehead single malt in a new direction with the launch of two premixed cans.

The two products – Smokehead and cola and Smokehead with gin ger and lime – both feature the Islay single malt and have an ABV of 6%. They are available from Ian Macleod reps.

“There is a long-standing debate whether a single malt should be mixed,” said Smokehead brand director, Ian Weir.

“But Smokehead is an unapologetically bold smoky whisky that is made to be enjoyed however you want it.

“Smokehead refuses to follow the rules of conventional whisky drinking.”

The two cans join the established Smokehead range of whiskies, which include Smokehead Original, Smokehead Rum Rebel, an expression of the whisky finished in Caribbean rum casks, cask-strength expression Smokehead High Voltage and Smokehead Sherry Bomb, which is finished in Spanish sherry casks.