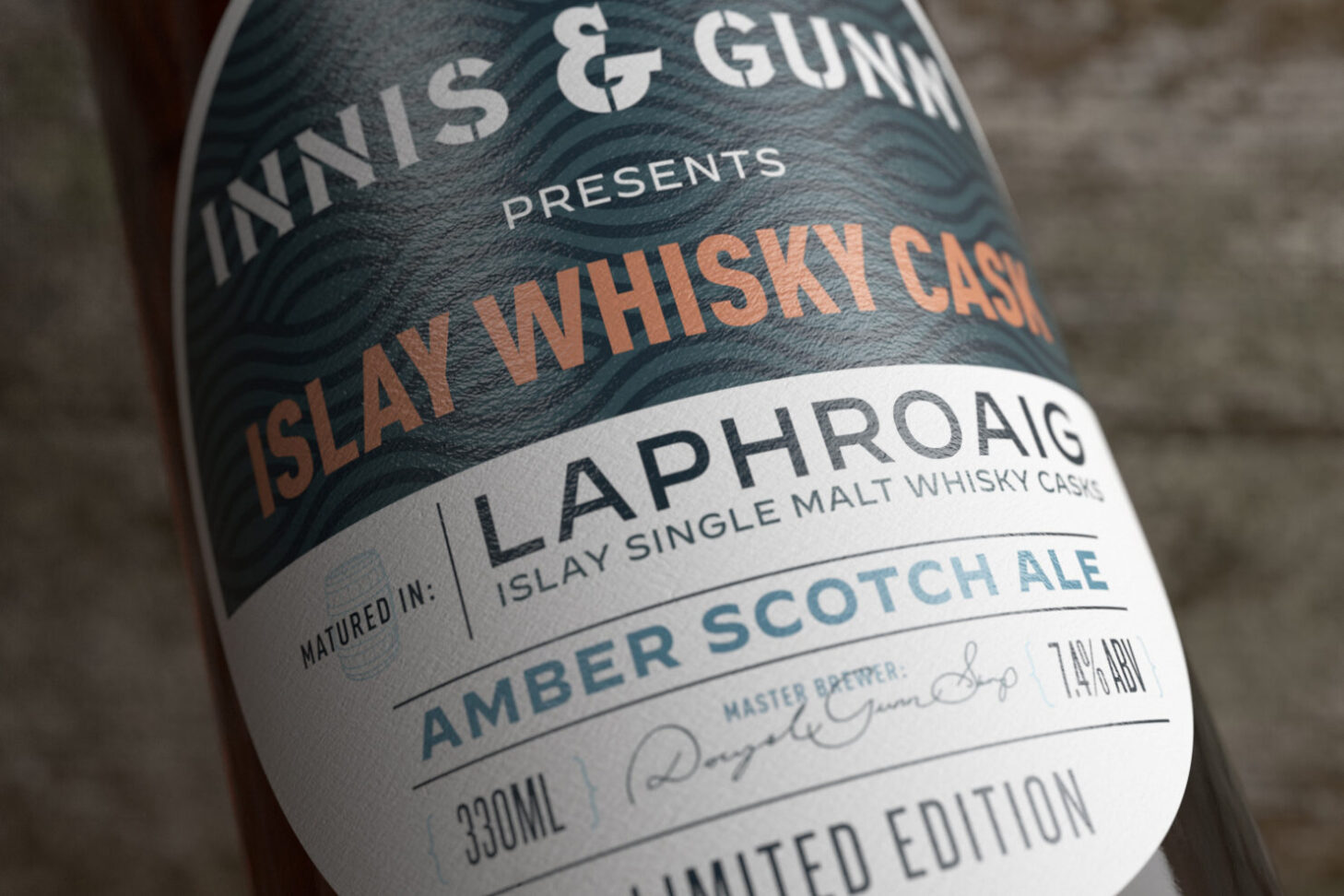 INNIS & Gunn is introducing some smoke to its flavour with the launch of a limited edition beer that has been matured in Laphroaig whisky casks.

Innis & Gunn Islay Whisky Cask is a 7.4% ABV amber ale that has been matured for 12 weeks in casks that formerly used to mature the Islay distillery’s flagship 10 year old whisky. The resulting beer is described as having notes of peat smoke, brine and vanilla. Just 3400 bottles have been released, with the packaging designed by Scottish artist Hope Blamire.

Innis & Gunn founder, Dougal Sharp, said the beer “truly evokes the island that inspires both our brew and the iconic Laphroaig”.

“The rich peated earth and Islay terroir infuse the whisky with its distinctive, complex flavours and it is these that we sought to capture in this bold, limited edition brew,” said Sharp.

“The result is evident even before you take your first sip, as you open the bottle, you’re welcomed with the distinctly peaty, complex aroma that defines Laphroaig.”

Chris Richardson of Laphroaig said the limited edition release “is perfect for anyone who loves the unforgettable flavour of Laphroaig and wants to experience it married with the deep, rich flavours of one of Scotland’s top beers”.