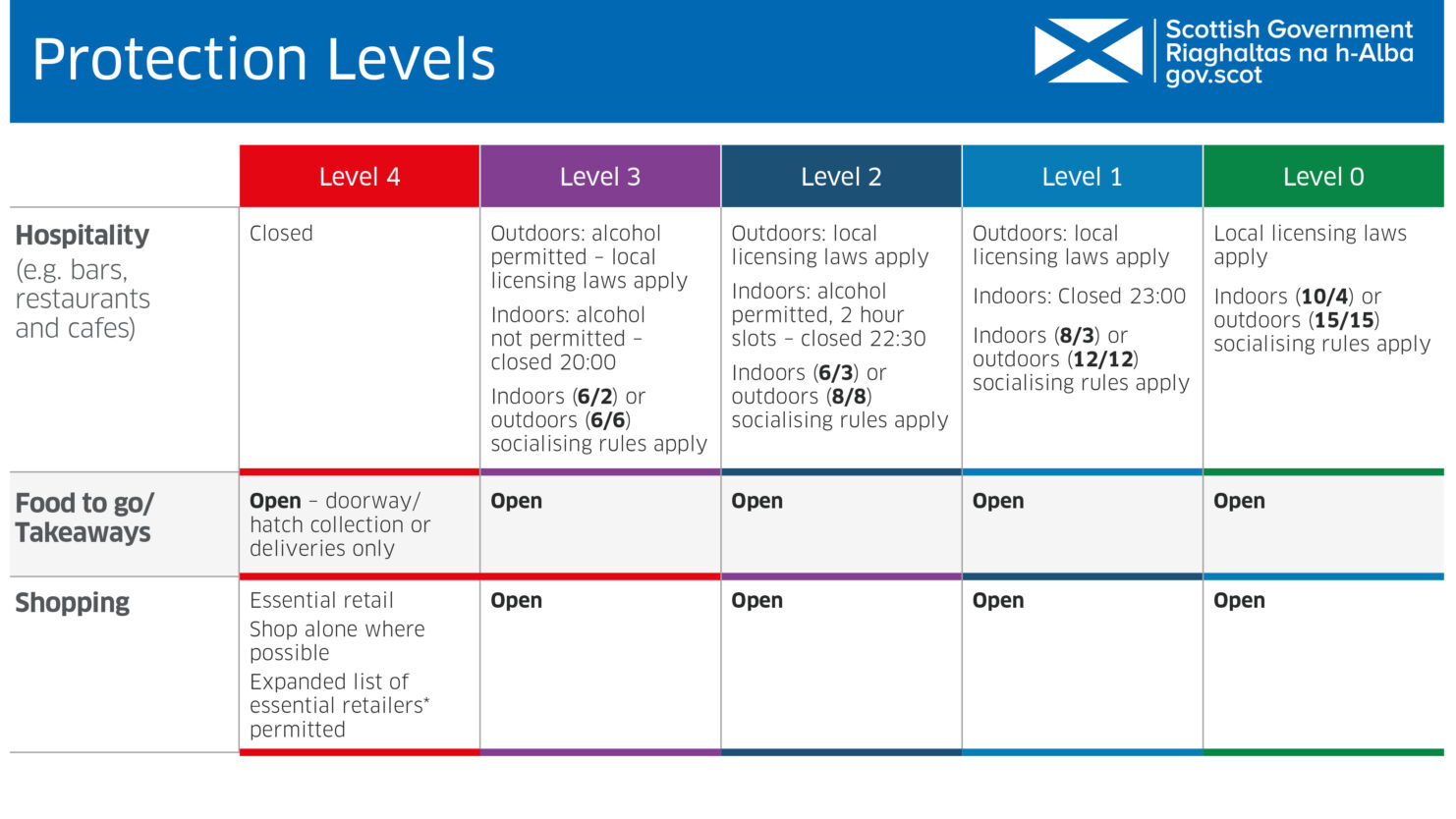 THE Scottish Government has published updated details of its COVID protection levels, detailing what will be allowed in hospitality premises from 26th April.

The updated Strategic Framework confirms that, under the revised level three restrictions – which Scotland is due to move into on 26th April – alcohol can be served in outdoor areas to groups of up to six people from six different households, with closing times dictated by local licensing laws.

Indoors, groups will be limited to six people from two different households and alcohol will not be permitted. Indoor areas must also close at 8pm. This is an alteration to the original level three restrictions, when alcohol was not permitted inside or outside.

A further change to the system sees alcohol permitted at weddings and funerals, at level three, with guest numbers increased from 20 people in the previous level three conditions to 50 people in the updated system.

There are further changes at level two. At that stage, which Scotland is due to move into on 17th May, alcohol will be permitted inside venues, with guest numbers increasing to six from three different households and closing time moved to 10.30pm. There will no longer be a requirement for alcohol to be served “with a main meal”, which was the case in the previous system, however two-hour time slots will be required indoors.

Eight people from eight different households will be able to meet in outdoor areas at level two and no time slots are required outside.

At level zero, ten customers from four households can meet indoors, with 15 from 15 households allowed in outdoor areas. Opening times will revert to local licensing laws.

Updated guidance for hospitality venues is expected in the coming days.