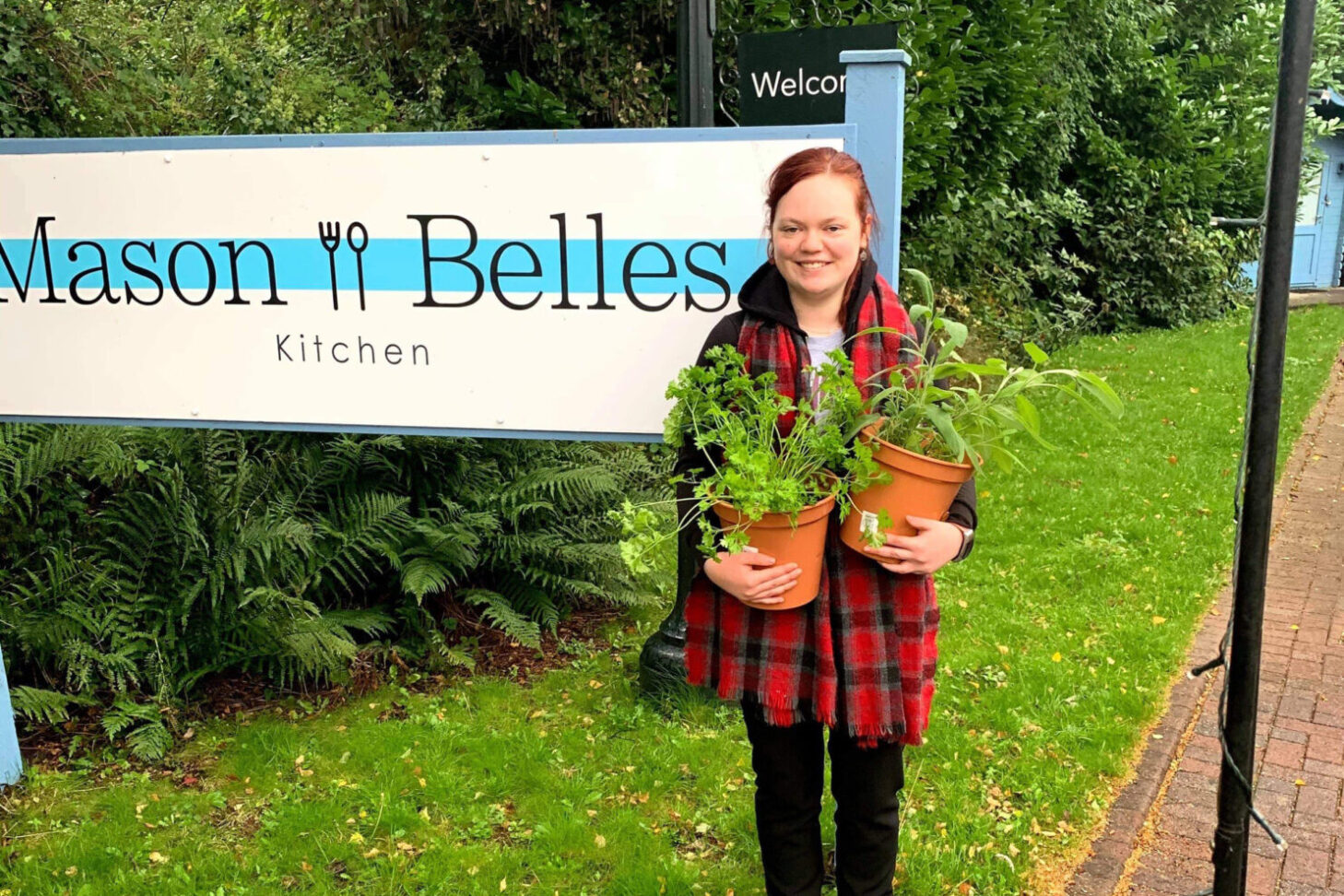 Apprentices Jamie Thomson, Lara Aitken and Marianne McKie took over the takeaway menu at Linlithgow restaurant Mason Belles Kitchen for a week each during March. The exercise saw them take responsibility for costing the menu as well as ensuring the kitchen was appropriately staffed for the preparation of the dishes.

They were given the opportunity by head chef and owner Linsey Scott, who opened Mason Belles Kitchen in 2018.

Scott, who also operates a second Mason Belles Kitchen in Dunblane, said: “I felt it was a real shame that my young chefs literally had to stop learning through lockdown, during all the closures, so I came up with the idea of giving them free rein to design and create their own takeaway menus.

“This was indeed a challenge as it wasn’t just a case of designing the menus, they had to keep a close eye on costings, on staffing, and bear in mind that several dishes had to be able to be reheated at home, without any compromise of flavour, texture, or taste.

“A project like this was certainly something that, as a young chef, I would have dearly welcomed, had it been available to me.”