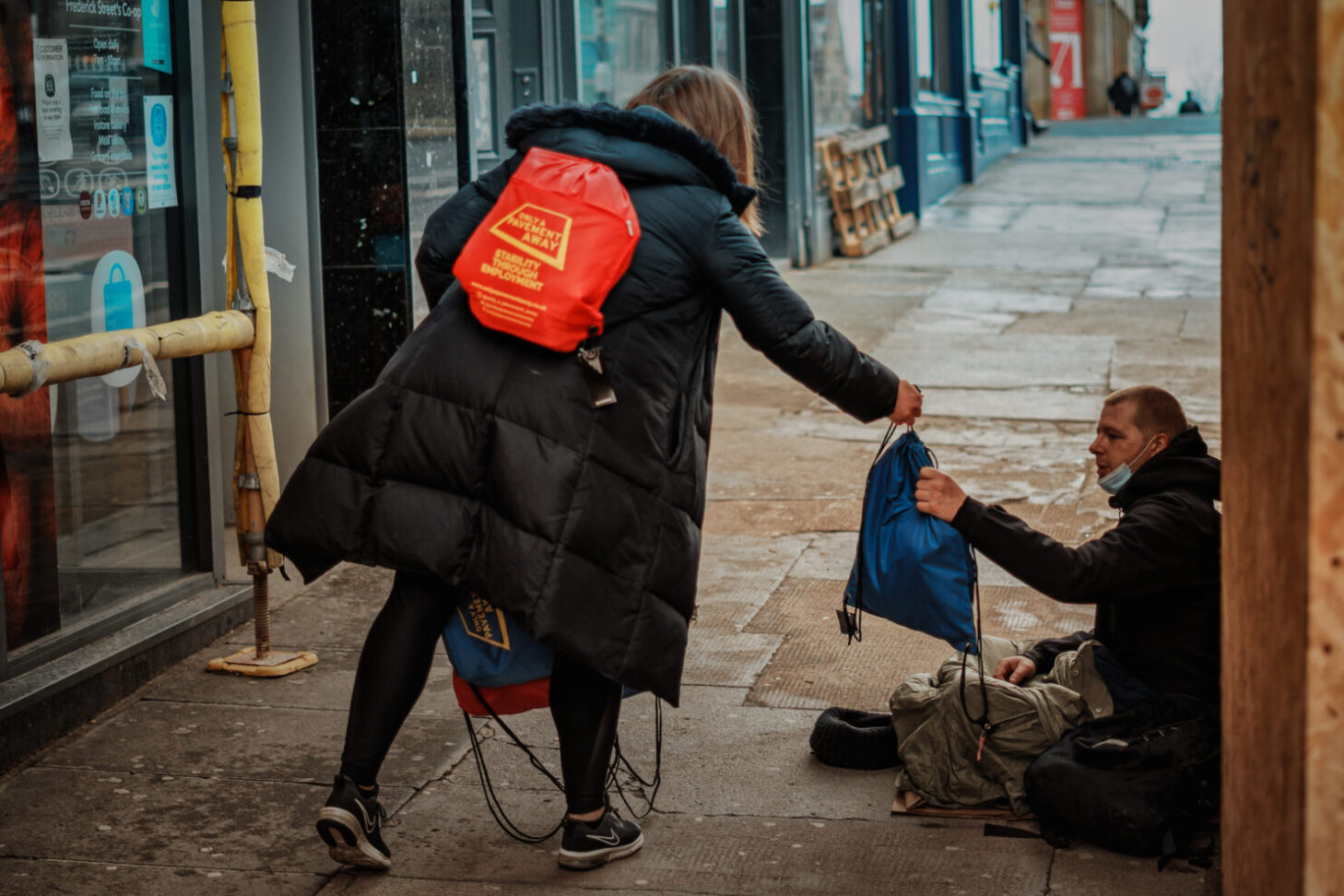 EMPLOYEES from hospitality tech firm Zonal took to the streets of Edinburgh yesterday (11th March) to support the city’s rough sleepers in partnership with charity Only A Pavement Away.

The charity’s Winter Warmth campaign saw 14 volunteers from the Zonal team help to pack 309 backpacks with supplies including warm clothing, sleeping bags, toiletries and flasks before working with the charity to distribute them around the city.

Only A Pavement Away helps people living on the streets as well as ex-offenders and vulnerable veterans to find employment in the hospitality industry. Every year its Winter Warmth campaign also distributes essential supplies to homeless people in cities across the UK. Yesterday’s operation in the capital marked the first time the charity has brought the campaign to Scotland.

“As a business with its home in Edinburgh, being part of the Winter Warmth campaign is a great way for us to lend our support to those sleeping rough as well as to help Scotland’s hospitality industry,” said Zonal chief executive Stuart McLean.

“We aim to continue helping the charity’s vital work in the months ahead, especially after the incredibly challenging time the industry has experienced.”

Greg Mangham, founder of Only A Pavement Away, said: “We believe that our work is more vital than ever, so launching our first campaign in Scotland is incredibly important to us.

“We’re delighted to have partnered with a leading business such as Zonal for this campaign and are grateful for the support the team offered on the day. We’re looking forward to collaborating again in the near future as we expand our support in what has been a really tough year for the sector.”

Zonal is also set to support the charity’s Cook and Dine fundraising event later in the year.