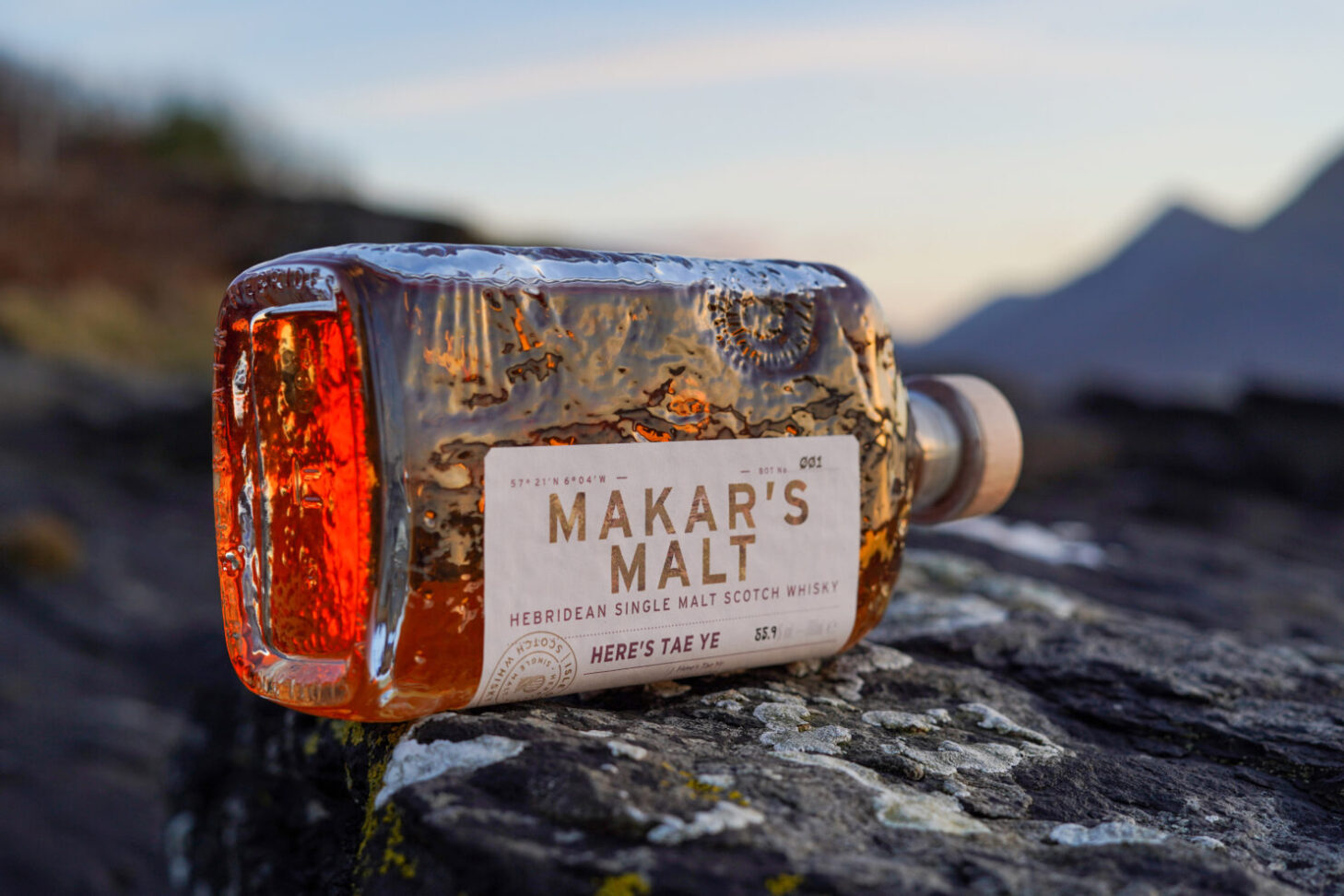 ISLAND distiller Isle of Raasay Distillery has teamed with Scotland’s National Poet to create a new dram in honour of International Women’s Day.

Makar’s Malt is a limited edition single cask whisky created with National Poet Jackie Kay. Released today (8th March), it has been created to mark both International Women’s Day and the end of Kay’s tenure as Scots Makar/National Poet.

Isle of Raasay was chosen for the project by the Scotch Whisky Association following a tender process.

The cask-strength whisky is non-chill filtered and has been bottled at natural colour. It is described as a lightly-peated single malt that has been matured in a first-fill red wine cask from Bordeaux. Each of the 327 bottles released includes a copy of a poem specially created for the occasion by Kay, titled ‘Here’s Tae Ye’, and for every bottle sold 10% will be donated to Glasgow Women’s Library, a charity chosen by Kay.

“I am so delighted to raise a glass of my very own malt to all the women that have made my life possible on March the 8th, International Women’s Day,” said Kay.

“It is a dream dram come true for me, making some kind of alchemy. Poetry and whisky.”

Isle of Raasay Distillery co-founder, Alasdair Day, said:  “It is particularly poignant that we are celebrating Jackie Kay’s outstanding tenure as Scots Makar on International Women’s Day with a single cask bottling from the Isle of Raasay, birthplace of the late Gaelic poet, Sorley MacLean.

“The Isle of Raasay Distillery are very proud to be the first distillery chosen to work with The Scots Makar on this historic single cask release – a fruity, lightly peated dram that has been matured in one of our signature first fill Bordeaux red wine casks.”