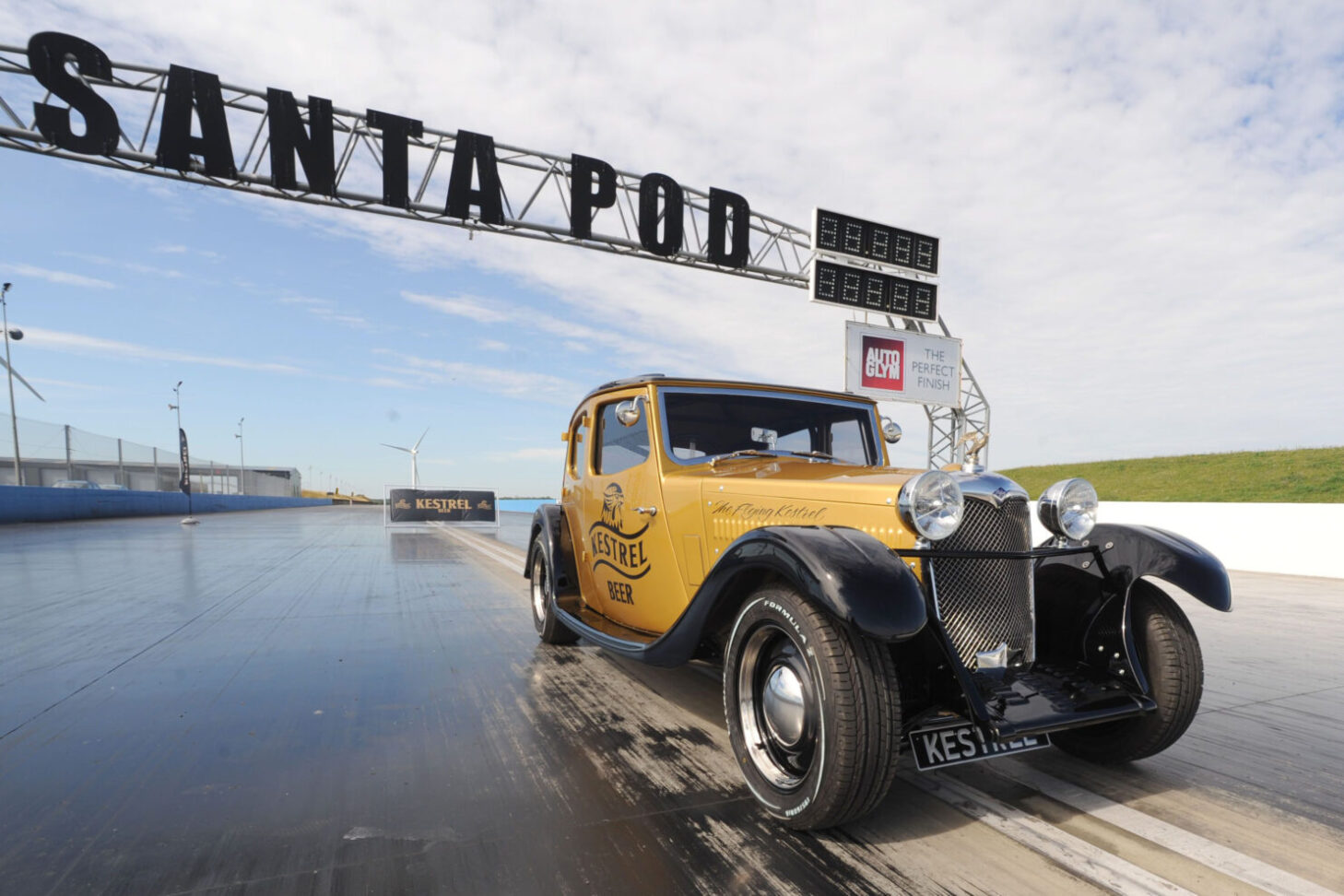 KESTREL, the Scottish beer brand, is in line for a major push overseas with the launch of a new documentary series, The Flying Kestrel.

The series documents the company’s acquisition and transformation of a 1930s Riley Kestrel car into a turbo-charged vehicle capable of challenging the land speed record.

The series, which features TV host Rachel Riley, will be broadcast internationally this month and brand owner Brookfield Drinks hopes it will reach more than 300 million people. The second season, which is currently being filmed, will document the team’s attempts to set a new land speed record with the car.

The series is being promoted through an extensive TV, print and digital campaign.

Nigel McNally, founder of Brookfield Drinks, which acquired the Kestrel brand in 2012, said: “In true Kestrel fighting spirit, we have nurtured and developed The Flying Kestrel project throughout the pandemic, giving the beautiful old car a new lease of life and finally uncovering its true potential.

“It’s the perfect showcase for our brand and testament to some important traits we have always held dear – unflappable teamwork, the ability to overcome adversity and the power in following your dreams and sticking your foot down on life’s accelerator.“