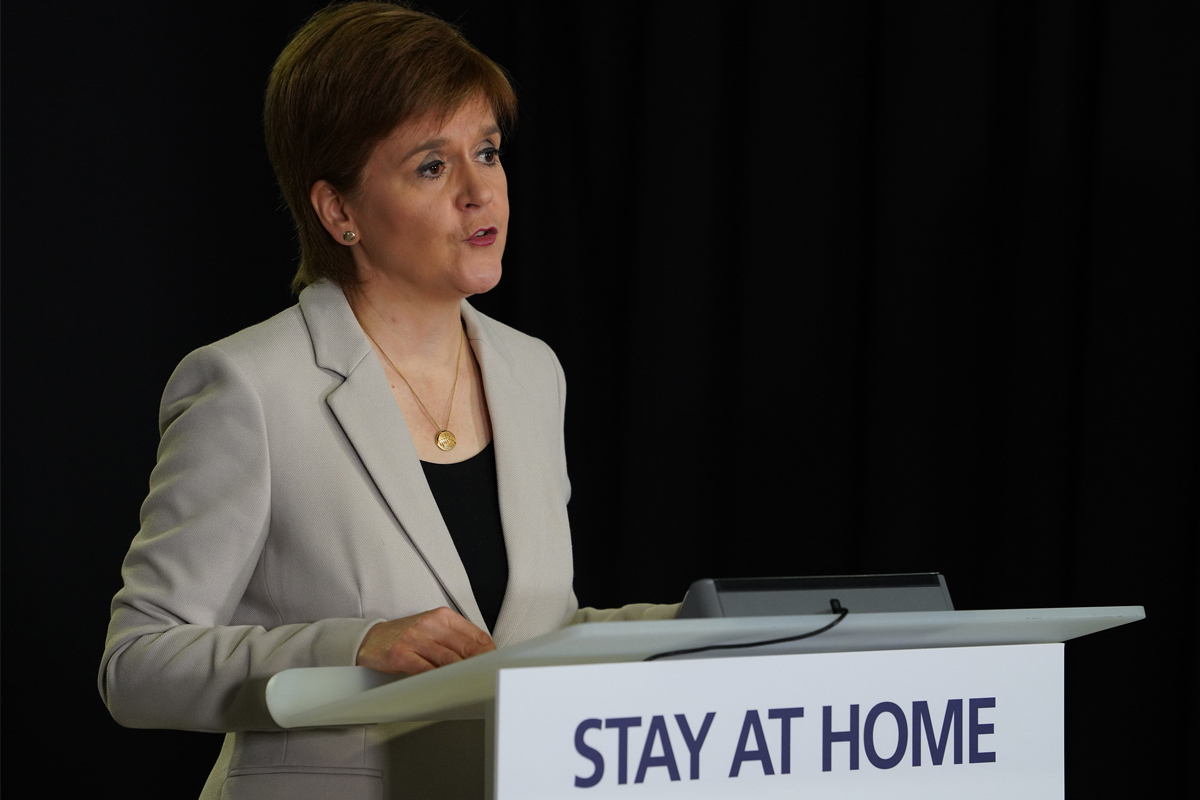 BARS and restaurants across Scotland could be allowed to start reopening from 26th April – but it will be under coronavirus levels restrictions, first minister Nicola Sturgeon has said.

Speaking in the Scottish Parliament today (23rd February), Sturgeon said she is hopeful that all areas currently under level four lockdown restrictions (which includes all of the mainland and a number of islands) will be able to move to level three, possibly with some modifications to the restrictions in that level, from 26th April. Under the current level three restrictions, venues cannot sell alcohol and must close at 6pm; and non-essential travel into or out of level three areas is not permitted.

The return to the local authority levels system is the final stage of a four-phase plan outlined by Sturgeon today, which began yesterday with the return of some school pupils. The next phase, which is likely to be implemented from 15th March, will see more school pupils return and four people from two households allowed to meet outdoors; and, three weeks on from that, from 5th April the ‘stay at home’ requirement is likely to be lifted and six people from two households will be allowed to meet outdoors.

The first minister said she intends to publish a document in mid-March which will provide further detail on easing restrictions and reopening the economy from 26th April.

Grant support under the Strategic Framework Business Fund will continue until at least the end of June, assuming consequentials from the UK Government, she said. And the Scottish Government is considering ‘tapered’ support for businesses facing trading restrictions, which she said finance secretary Kate Forbes will provide further detail on soon.

Sturgeon said the framework is “deliberately cautious at this stage”.

“In the coming weeks, if the data allows and positive trends continue, we will seek to accelerate the easing of restrictions,” she said.

“I am as confident as I can be that the indicative, staged, timetable that I have set out today – from now until late April when the economy will start to substantially reopen – is a reasonable one.”